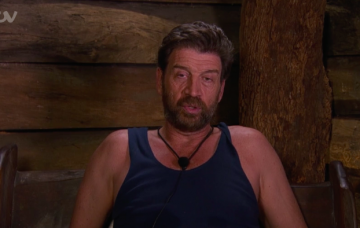 Nick Knowles tipped to leave I’m A Celebrity next

Nick Knowles is expected to be the next star booted out of the I’m A Celebrity jungle, with Harry Redknapp still the favourite to win.

According to bookies William Hill, the odds of DIY SOS presenter Nick being voted out are 6/4.

It comes after The Chase’s Anne Hegerty, 60, was previously favourite to go, and sure enough she was voted out on last night’s episode.

William Hill’s Joe Crilly said: “Anne was the best backed to go last night before the show started, however we saw a spike of bets for Nick as the show wore on and we think that premature gamble is preceding his departure tonight.”

The 56-year-old DIY SOS host has been a ‘Marmite’ character on the show so far.

His chivalrous acts of giving up his food and his pillow – and his refusal to hang up the female celebs’ underwear in camp because he is “old fashioned” – have sparked mixed reactions.

While some viewers called him “fake” and accused him of putting on a “Mr Nice Guy” act in order to win, others said they think he is being “genuine”.

Nick is very closely followed by James McVey as the one to go tonight, with 24-year-old James’ odds being 13/8.

Meanwhile, former Tottenham manager Harry Redknapp, 71, is steaming ahead, with William Hill offering odds of 2/5 for him to win.

“If people are voting for him to win with the same fervour as they are backing him, he is a racing certainty.”

Who do you think will leave the jungle next? Leave us a comment on our Facebook page @EntertainmentDailyFix and let us know what you think!