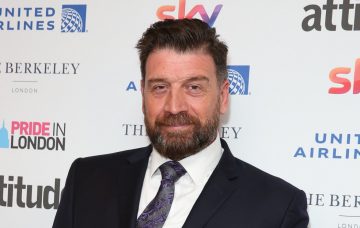 This would be a great signing!

DIY SOS host Nick Knowles has reportedly signed up to appear on this year’s I’m A Celebrity… Get Me Out of Here!

According to The Sun, the 56-year-old TV presenter is one of the first contestants to sign up for the show, which will be the first without Ant McPartlin.

Ant is taking time out from the spotlight to focus on his recovery after pleading guilty to drink driving earlier this year and will be replaced by This Morning’s Holly Willoughby.

She will join Declan Donnelly in Australia to front the ITV show.

A source told The Sun of Nick: “Jungle bosses are delighted they’ve managed to convince Nick to take part. They think he’ll be a great campmate and will be full of stories about his famous pals, including the princes.”

He recently joined Prince William for a special edition of DIY SOS on BBC One, where the team constructed new buildings for those affected by the Grenfell tower block fire.

Previously, both William and his brother Prince Harry appeared on a special episode of DIY SOS that transformed run-down properties in Manchester into homes for veterans.

This will be the first I’m A Celebrity series not to feature Ant.

Announcing her role in I’m A Celebrity … Get Me Out Of Here!, Holly recently said she is “scared of everything”.

She said: “I couldn’t be more excited to have been asked to stand alongside Dec for the next jungle adventure.

“These are big shoes, not to fill, but just to keep warm for a little bit… Honestly, I’m a huge fan of I’m A Celebrity and actually feel like I’ve won a competition to go and hang out on my favourite show!

“When is it a good time to tell Dec I’m scared of everything that moves?!”

I’m A Celebrity returns to ITV later this year.

Would you like to see Nick on I’m A Celebrity? Leave us a comment on our Facebook page @EntertainmentDailyFix and let us know what you think!