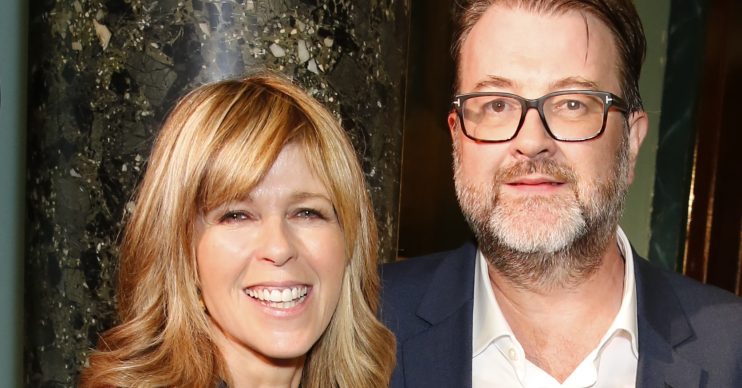 He spoke to Lorraine about her I'm A Celebrity appearance

Kate Garraway’s husband Derek has said he’s falling in love with his wife all over again watching her on I’m A Celebrity… Get Me Out Of Here!

Speaking on today’s (04.12.19) episode of Lorraine alongside their kids Darcey, 13, and Bill, 10, Derek admitted he was slightly jealous seeing Rak-Su singer Myles Stephenson reveal campmate Kate was his TV crush.

But seeing her in the jungle has reminded Derek just how “funny” and “stunning” his Good Morning Britain presenter wife is.

He told host Lorraine Kelly, via video link from Australia: “What I always say is, what has [Myles] got that I haven’t got? But also, at first I was a little bit, kind of, getting jealous and paranoid but then I sort of remembered that she is my wife.

“So when she comes out, she’s coming home to me, right? So I guess I’m the winner, really.”

Lorraine replied: “Indeed, and you know what? She’s never looked better. I mean you think, she’s in the jungle, she’s got no make-up, nobody to help her with hair.

“But she looks terrific, especially in a swimsuit. She looks really good.”

Derek continued: “Yeah, absolutely, I’m falling in love with her all over again to be honest, Lorraine, because you see how clever she is and how funny she is and how hard working she is, and how stunning she is.

I’m falling in love with her all over again to be honest.

“My favourite’s the blue swimsuit, actually. I think she looks a knockout.”

“She does,” Lorraine agreed, adding: “She looks absolutely amazing and she’s doing you all proud.”

The teenager said that even though she’s backing her mum to win the show, she believes the former Arsenal striker will be crowned King of the Jungle.

She said this morning: “I did [bet on Ian Wright]. I really hope mum wins but I think Ian’s got it in the bag, to be honest.”

Do you think Kate has a chance of winning the series? Leave us a comment on our Facebook page @EntertainmentDailyFix and let us know.