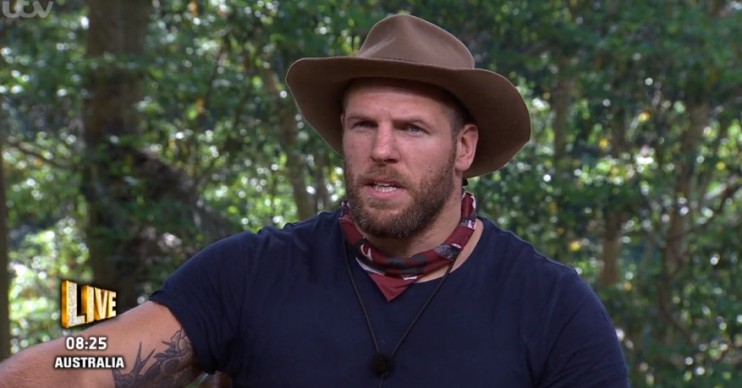 The camp was sad to see James go

James Haskell was left in “uncontrollable tears” after seeing how emotional his I’m A Celebrity… Get Me Out Of Here! campmates were after he left.

The 34-year-old retired rugby star – who is married to Chloe Madeley – became the fourth star to leave the ITV reality series during Tuesday’s (03.12.19) episode.

He admitted it meant a lot to see how sad the rest of the camp was at his departure because it proved they valued him in there.

And James insisted their reactions were the only ones that counted, following some viewers branding him a “bully” for some of his remarks to the other contestants in camp.

Speaking on spin-off show Extra Camp, he told Emily Atack of the reaction footage: “When you come out of the camp and this world of social media… I haven’t turned my phone on, but you don’t escape things.

“The biggest indictment for me was that my campmates were pleased with having me in there and that I had an impact on them.

“Ultimately I’m used to that in team sport – you get criticised, you get different comments from different people. But as long as your teammates and coaches respect you, that’s what mattered.

“And to watch that this morning, I honestly burst into uncontrollable tears with Chloe. Because a) no one’s ever that nice to me and b) just to see that I meant that much to them, and they were so special to me.

“All I did in this camp was to try to be a support for them because I didn’t find it as hard as others did.”

He said on his exit: “I’ve been playing rugby for the last 18 and a half years, and for once I had a break and I wanted to reset my life, and this was the perfect kind of platform to do it.

He lasted 19 days in Camp and tied himself in knots in the Hell-Evator, but it’s time for Wrighty to return to Blighty! @wrightyofficial #ImACeleb

“I’ve learned a lot about myself in terms of challenges and hardships, I can actually deal with quite well. Starving me, I don’t think was a good experience, but I found also I quite enjoyed helping other people. That was my biggest kind of thing that I really enjoyed.”