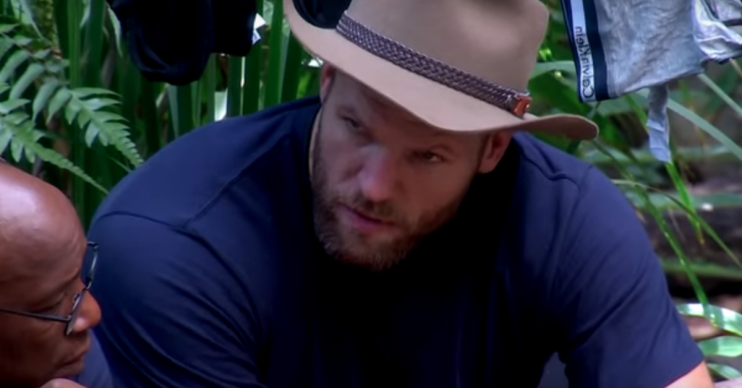 But was it all part of a secret pact?

Viewers have accused James Haskell of deliberately putting Cliff Parisi up for the public vote during I’m A Celebrity…Get Me Out Of Here‘s Sickening Cinema trial.

But while some are furious, other eagle-eyed viewers believe it was all part of a secret pact between them.

On Friday night, Cliff was ruled out of the penultimate ‘reckonings’ task after falling unwell and nominated James to take his place.

The camp mates were then pitted against each other in pairs and told the celebrity who drank a hideous concoction the quickest would get immunity.

When James took his turn for Cliff, he appeared to hold back when drinking blended pigs anus and let Myles Stephenson win.

But when it was his go, he beat Andy Whyment hands down by glugging back a glass of blended fish eyes in seconds.

Writing on Twitter, one viewer said: “Funny how James won immunity for himself but not for Cliff #ImACeleb.”

Another tweeted: “James didn’t try for cliff and then chugs it like that for himself #ImACeleb.”

But was there more to the matter than it initially appeared?

When the celebrities returned to jungle, they were met by Cliff who had been patiently waiting for them.

Some eagle-eyed fans claim they saw James wink at the EastEnders actor as he apologised for not winning him immunity from the vote.

I tried bud, I absolutely tried my best but I couldn’t do it.

While high-fiving him, James said: “I tried bud, I absolutely tried my best but I couldn’t do it. I got beaten by Mylo, he absolutely ended me.”

He then smiled as he walked away.

Speaking in the Bush Telegraph, Cliff later said: “He didn’t win, so that means I’m up for the vote off. That’s the way it goes. Some you win, some you lose.”

Sharing his views on the controversy, one viewer tweeted: “James lost Cliff’s attempt on purpose as it gave him a chance to get out of the jungle.

“When James gets back to camp, he at Cliff after telling him how he tried his best indicating he did what Cliff wanted which was to lost immunity and get the hell outta there. #ImACeleb.”

Another said: “I guess I’m the only one who saw the little wink and grin shared between Cliff and James when James said I tried my best. I looked like it was planned to me, or am I imagining things?”

A third stated: “Not so subtle with your wink at Cliff there, James#ImACeleb #Cliffwantsout.”

In the end, Radio 1 DJ Adele Roberts was the first to be voted out, meaning Cliff lives to see another day in the jungle!