The final four I'm A Celebrity campmates take on the Celebrity Cyclone trial in tonight's show.

On Saturday night's episode, the foursome take on the infamous Cyclone challenge and it looks brilliant. 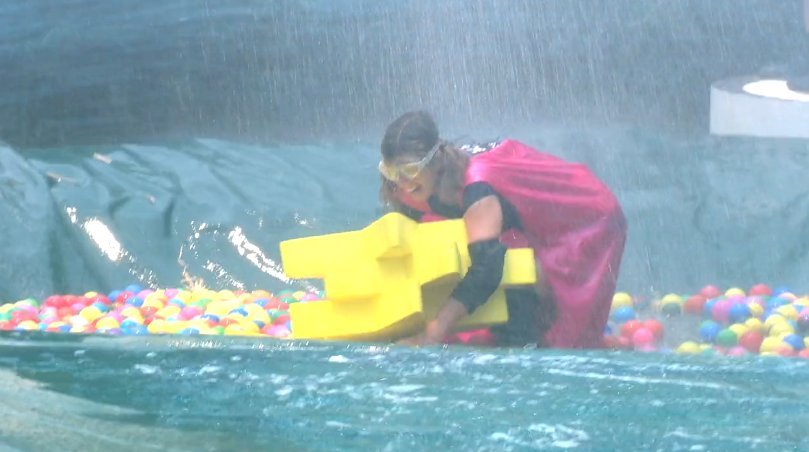 The campmates take on the Celebrity Cyclone (Credit: ITV)

In a preview for tonight's trial, Kate is seen taking on the Cyclone while holding four huge stars.

Come on, Kate! All four stars to this first star marker!

Kate is then seen grabbing four stars as Jacqueline exclaims: "You got it girl!"

The presenter squeals as she tries to push against the water and wind.

Dec shouts: "Come on, Kate! All four stars to this first star marker!"

Ant McPartlin then shouts to the crew: "Get her boys and girls!"

Kate's campmates encourage her as she reaches the first marker.

But will she be able to stay there and will her campmates be able to fight against the Cyclone?

It comes after Caitlyn and Nadine left the jungle last night.

During her exit interview last night, Caitlyn became emotional as she spoke about her time in camp. 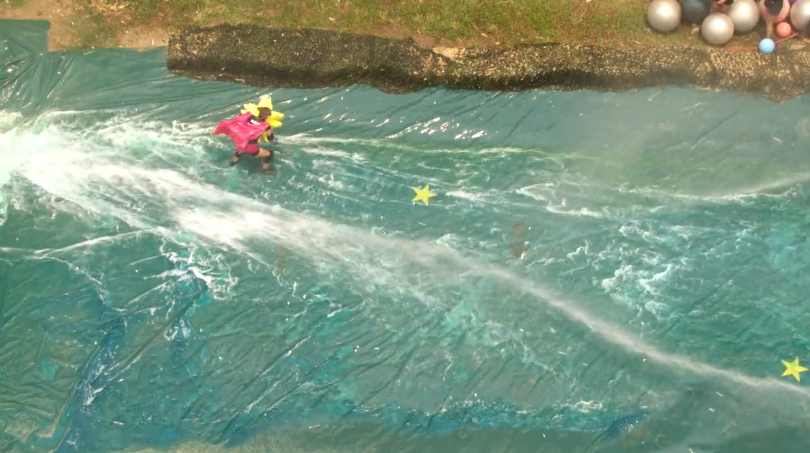 She said: "It was tough. I came here to test myself, obviously I did this show 16 years ago, turned 70 and thought what a challenge.

"I knew it wasn't going to be easy. The first night, I didn't think I'd make it to the next night. And over the last three weeks, I've met some of the greatest people.

"There wasn't one person who was causing any trouble... I can't believe I made it all the way to three weeks and so it was great. I hate to leave them behind but I'm ready to get out."

Meanwhile, Nadine added: "It feels really nice. I've loved every minute of it. 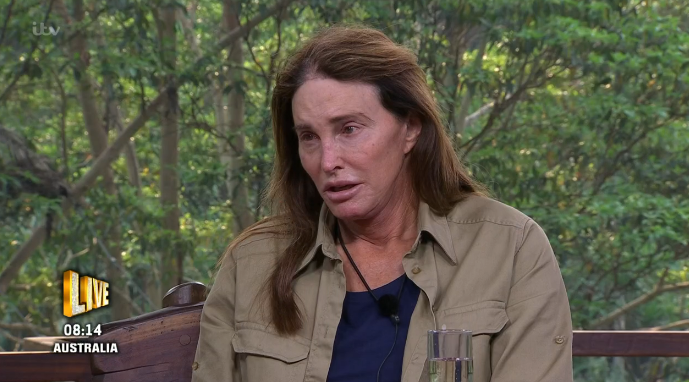 I'm A Celebrity continues tonight at 9:20pm on ITV.

Are you excited for the Celebrity Cyclone? Leave us a comment on our Facebook page @EntertainmentDailyFix and let us know what you think!