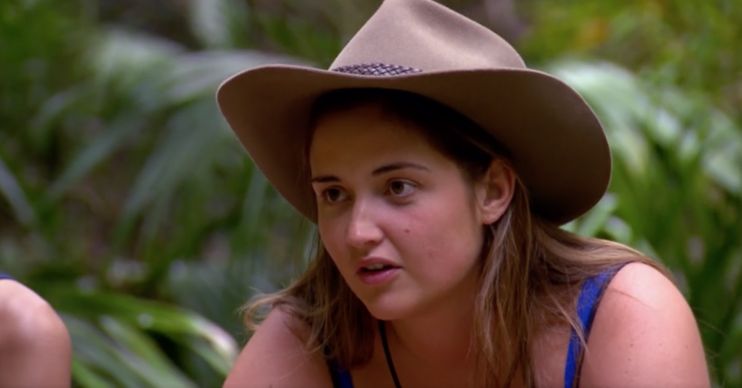 She's trying to get Girls Aloud back together…

Her fangirling antics have been the talk of the jungle, with I’m A Celebrity star Jacqueline Jossa keen to get all the gossip from her famous campmates.

Whether it’s insider information from Caitlyn Jenner about the Kardashians or Girl Aloud feud news from Nadine Coyle, viewers just can’t get enough of Jac’s questions.

In fact, some are saying Jacqueline has missed her calling and should swap acting for journalism.

“Can I ask you a question?” she asked Nadine. “What was it like being in a girl band?”

Read more: Fans beg Jane McDonald to be there when Adele is voted off I’m A Celebrity

“Really, really good. I liked being in a girl band. I’m one of three sisters so I’m used to being around girls,” came her reply.

Viewers, however, clearly thought that it was a “thing” and hailed Jacqueline’s gossip-getting skills.

I’m 100% here for Jacqueline asking Nadine about the beef between her a Cheryl Cole, a woman of the people. #imaceleb

The former EastEnders star then turned her attentions to “reforming” Nadine’s group, with the actress telling the Bush Telegraph she’d happily join and take someone’s place.

Viewers seemed thrilled at the idea, with one saying Jacqueline deserved a “damehood” if she managed to get the band back together.

However, one person who may not be a Jac fan is her fellow campmate Andrew Maxwell after the two “clashed” during Wednesday night’s show.

What do you think of Jacqueline’s jungle antics? Let us know on our Facebook page @EntertainmentDailyFix.