This year's I'm A Celebrity... Get Me Out Of Here! reached an emotional conclusion on Sunday night, as Jacqueline Jossa was crowned Queen of the Jungle.

The former EastEnders star, who beat Coronation Street favourite Andy Whyment to be named this year's winner, fought back tears as she sat on the iconic throne and thanked her friends and family in an heartfelt speech.

Jac was crowned Queen of the Jungle (Credit: ITV)

Hosts Ant McPartlin and Dec Donnelly were there with her, as was American reality star Caitlyn Jenner, former footballer Ian Wright and all the other campmates from this year's series.

But a number of viewers were confused and more than a little disappointed over one notable absence.

When the crown was carried out, it was brought in by ex campmates Emily Atack, Joel Dommett and Adam Thomas - instead of last year's winner, Harry Redknapp.

On Twitter, a number of viewers demanded to know why the Extra Camp hosts handed over the crown instead of the beloved footie manager, who was Jungle King in 2018. 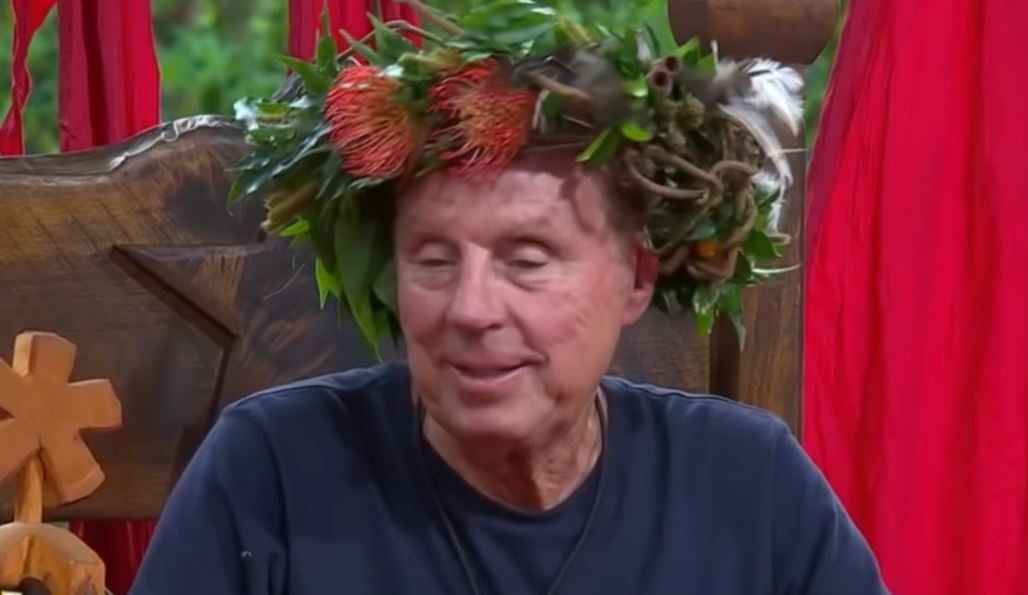 One viewer said: "Where the hell was Harry Redknapp to give her the crown? Heartbroken!"

Another wrote: "Y'all pressed about Jac being queen whilst I'm fuming about not seeing Harry Redknapp hand over his crown, excuse me!? #ImACeleb #ImACelebFinal."

A third tweeted: "Where was Harry?? #ImACeleb #ImACelebFinal."

Actually gutted King Harry wasn't able to be there.

Someone else wondered: "Why didn't Harry Redknapp fly over and pass his crown over?"

A fifth tweeted: "Devastated that Harry Redknapp didn't come to give Jac her crown #ImACeleb."

"Where was Harry to hand over the crown?" demanded a sixth.

"Actually gutted King Harry wasn't able to be there to hand over his crown #ImACeleb," said another.

Where the hell was Harry Redknapp to give her the crown?😩 #ImACeleb heartbroken!

Y’all pressed about jac being queen whilst I’m fuming about NOT SEEING HARRY REDKNAPP HAND OVER HIS CROWN EXCUSE ME?!?! #ImACeleb #ImACelebFinal pic.twitter.com/Xw8AodwwCu

where was harry?? #ImACeleb #ImACelebFinal

devastated that harry redknapp didn't come to give jac her crown😭 #ImACeleb pic.twitter.com/A2IbVId7Nj

Where was Harry to hand over the crown? #ImACeleb

Elsewhere in the final, Jac, Andy and DJ Roman Kemp all had to take on the last Bushtucker Trials of the series.

Jacqueline was strapped into a giant star and covered in creepy crawlies, while Andy did a horrific eating trial and Roman was encased in a snake-filled coffin.

Some viewers thought the challenges were too harsh, with a number at home calling them 'literal torture' and others slamming ITV for putting the trio through such terrible ordeals right before the finishing line.