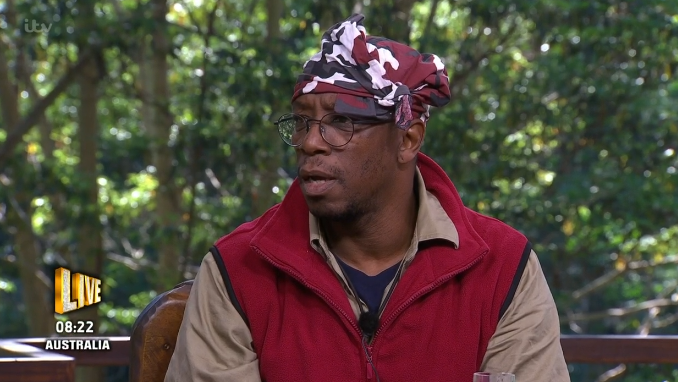 Some people weren't happy to see him go

Ian Wright has become the latest celebrity to leave the I’m A Celebrity jungle.

The former footballer and Caitlyn Jenner were in the bottom two and hosts Ant McPartlin and Dec Donnelly revealed Ian would be heading home.

Viewers shared their thoughts on the elimination on Twitter.

Some were glad to see him go.

However, others saw a different side to him on tonight’s show and wished he had stayed longer.

Many praised him for recognising the moments he got angry in camp and vowing to work on himself.

Ian has been unapologetically himself and admits that he has a lot of work to do. Fair play to him. ❤️ #ImACeleb

#imaceleb is actually a shame ian has gone because he’s been a lot chiller and nicer since big man james left :/

But some viewers predicted the programme would be “boring” now that James is gone.

James said in a post on Instagram on Wednesday: “Thank you so much to everyone who voted for me! Sadly I didn’t make the cut but I loved every second of my @imacelebrity experience!

“The most important thing to me is the opinion and respect of my fellow camp mates, with whom I have lived for the last 17 days. I was truly touched and humbled by their reactions this morning in camp.”

“Also cannot thank @andrewismaxwell, @adeleroberts and @cliffparisi enough for their amazingly kind and generous words to me today,” he added.

“Here’s to another slice  and [beer], and on to the next adventure.”