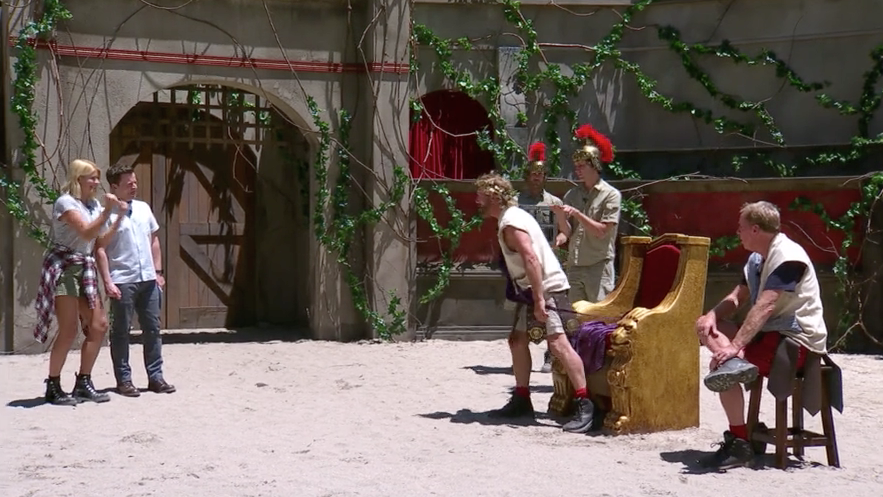 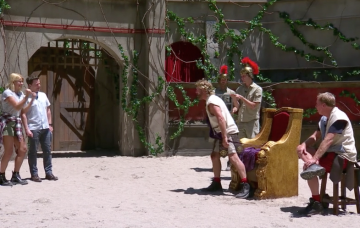 Some viewers weren't happy with the TV veteran's behaviour

Viewers have blasted Noel Edmonds for “snapping” and “yelling” at Holly Willoughby and Dec Donnelly during the latest Bushtucker trial.

Noel shouted several times at the hosts between placing live critters in his mouth, which he had to keep there for 60 seconds to win meals for camp.

Holly offered some words of encouragement on last night’s show as he held the first bug, a stick insect, between his lips, advising him: “Clear your mind.”

Fans sensed the “hostility” between the pair, which only increased after he had held the next creature, a yabbie, in his mouth.

Holly asked: “What did that feel like in your mouth?”

Noel shouted: “What do you think?! It was horrible!”

It left the presenter cowering. She replied: “I don’t know. I’ve never done it.”

Many fans weren’t happy with Noel’s behaviour and flooded social media with messages criticising him for the way he spoke to Dec and Holly.

One tweeted: “Do you know what I don’t appreciate and that’s Noel Edmonds being ‘funny’ in the first part of the trial where he just rudely yelled at Holly multiple times.”

A third added: “Who the heck does Noel think he is being rude to our Holly Wills.”

And another viewer posted: “Noel shouting at Holly, how dare he.”

Noel is funny but think he was abit rude to holly.. #NotAllowed #ImACeleb

Every time Noel shouts at Holly and Dec #ImaCeleb pic.twitter.com/A3gK4FxyKN

Why is Noel so rude to Holly and Dec? They’re only doing their job! ‍♀️ #ImACeleb

Noel comes across so rude and snappy with the way he speaks to Holly. #imaceleb

Anyone else feel the hostility between Noel and Holly. #imaceleb

Noel, don’t shout at Holly Willoughby like that. #imaceleb

Noel shouting at Holly, how dare he #ImACeleb

But others loved the fiery exchange between Noel and hosts Holly and Dec Donnelly, and were quick to defend the Deal or No Deal presenter.

Love Noel snapping at Holly and Dec when they ask him “how was it?” HOW DO YOU THINK!? #ImACeleb

Hahahaha Noel is literally like ARE YOU FOR REAL at everything Holly says! #ImACeleb

Noel completed the trial successfully with Harry Redknapp and won all 11 stars for camp.

It included having to eat sheep’s brains from the skull and popping fish eyes with their teeth before drinking the juice from a goblet.

I’m A Celebrity… Get Me Out Of Here! is on ITV at 9pm tonight.

Did you think Noel was rude to Holly? Leave us a comment on our Facebook page @EntertainmentDailyFix and let us know what you think!