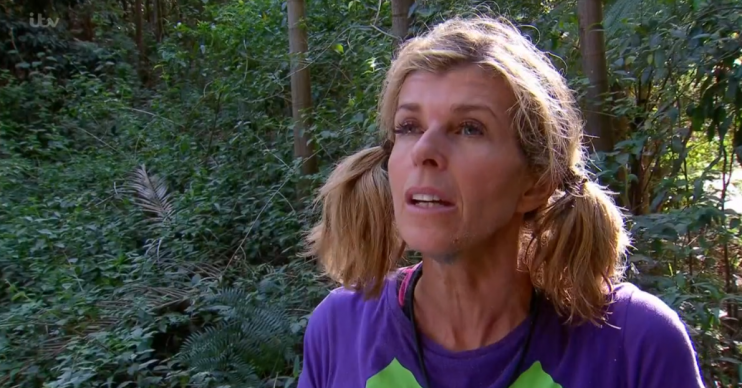 The look is not impressing show fans

Fans of ITV’s I’m A Celebrity… Get Me Out Of Here! were fuming to see Kate Garraway’s “stupid” bunches return to the show.

Last week, viewers complained when the Good Morning Britain star put her hair up in bunches as she took on a Bushtucker Trial with campmate Caitlyn Jenner.

And the style made a return in Thursday’s (28.11.19) episode, when Kate joined Andy Whyment, Andrew Maxwell and Caitlyn Jenner for the second Reckoning trial, in which the celebrities have to compete against one another to lift the ‘curse’ preventing them from eating proper meals.

The four campmates had to put their heads through holes in a banquet table and hold their chins down on buttons – as masses of insects and other beasties were dropped on their heads and crawled all over their faces.

But viewers couldn’t get past Kate’s “ridiculous” hair and begged her to ditch what they thought was a childish look.

One said: “Why does Kate put piggy tails in all the time?! Looks so stupid, can’t cope.”

Another wrote: “Kate’s pig tails are back #ImACeleb.”

A third tweeted: “Kate Needs to get rid of them daft pig tails.”

Someone else said: “Kate in her pig tails every time she does a trial.”

Why does kate put piggy tails in all the time?! Looks so stupid can’t cope🙃 #ImACeleb

“Why does Kate feel the need to tie her hair up like a two year old?” demanded a fifth.

“Why Kate keeps putting her hair in ridiculous pigtails is beyond me! You’re not four, love!” said a sixth.

Another viewer tweeted: “Someone tell Kate to stop putting her hair in bunches. And shut up, she loves the sound of her own voice! #ImACeleb.”

Why Kate keeps putting her hair in ridiculous pigtails is beyond me!!!!! You’re not 4 love!!!!! #ImACeleb

Someone tell Kate to stop putting her hair in bunches 🙄 And shut up, she loves the sound of her own voice! #ImACeleb

In the second of the Reckoning trials, Andy and Andrew both won their rights to proper meals, while in the first, Nadine Coyle and Roman Kemp were victorious.

The last was won by Myles Stephenson and Adele Roberts.