Soap star Andy Whyment and DJ Roman Kemp team up to take on the Pump of Peril in tonight's I'm A Celebrity...Get Me Out Of Here!

The pair are strapped into opposite ends of a huge crude oil pump and continuously dunked in a disgusting mixture as they attempt to answer questions about Australia. 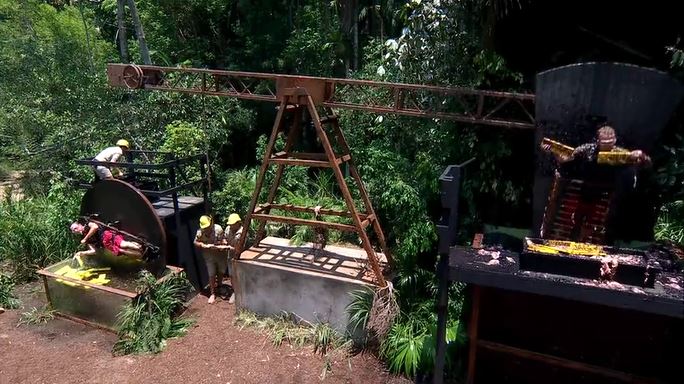 The Pump of Peril! (Credit: ITV)

In a clip of this evening's (06.12.19) Bushtucker Trial, hosts Ant McPartlin and Dec Donnelly ask the campmates: "What is the largest Australian state?"

Roman, who is fixed to a rotating disk that keeps putting him underwater, desperately asks, "What do you think, Andy?" as he looks helplessly at a selection of answers in front of him.

Andy replies, "I don't know mate!" just as a pile of what appears to be fish guts is dropped on his head. 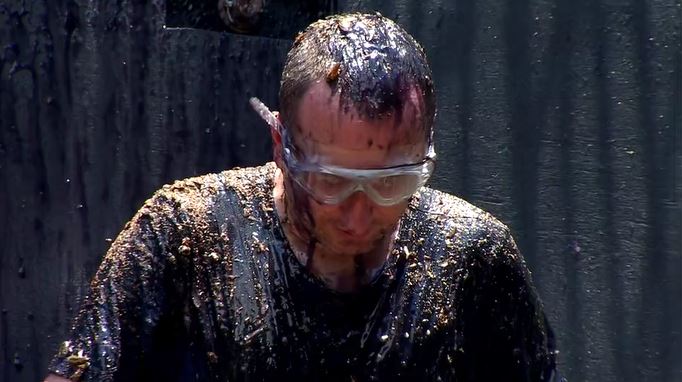 Andy is showered with what appears to be fish guts (Credit: ITV)

"I've got Northern!" Roman shouts. The pair each have one half of the answer.

Andy looks at the options in front of him and asks: "Orange County?"

Ant, stifling a laugh, tells him: "That's in America!" 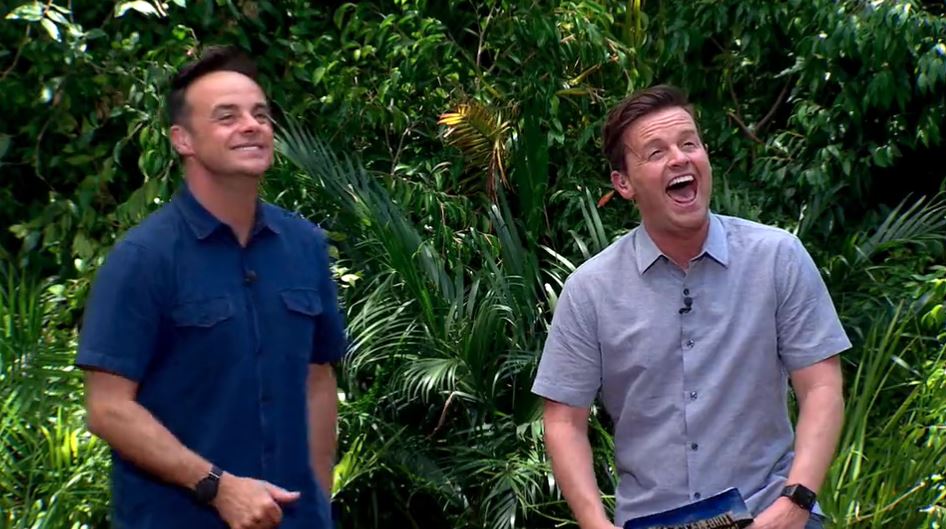 Ant and Dec watch on, clean and comfortable as ever (Credit: ITV)

In last night's episode, Coronation Street fave Andy, Roman and their fellow campmates were reduced to tears as they read through new letters sent from home.

Andy, in particular, was overwhelmed and had to cover his face as he sobbed hearing a message from his wife Nichola, who said: "First of all, don't cry. Hollie was so upset when you didn't get your roast dinner and your snoring keeping Caitlyn Jenner awake was just too funny.

"The kids are missing you so much, Tom keeps saying, 'It's just not right because Dad isn't here!' All I can say is that I am so proud to be your wife - you are one in a million.

"Just carry on being yourself, we love you so so so so much and are all so proud of you." 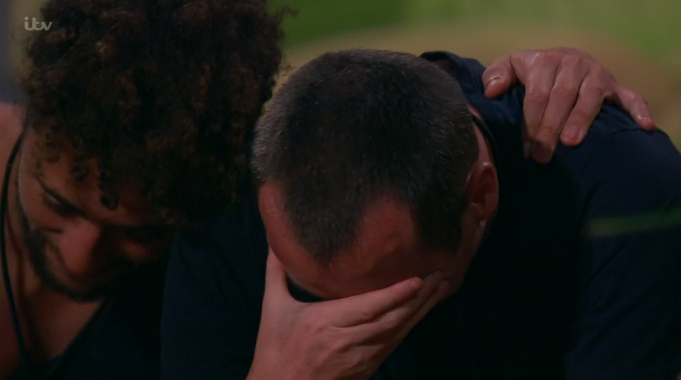 Read more: I'm A Celebrity fans gutted as Myles Stephenson is voted out

Roman, meanwhile, looked teary eyed but stoic as he was read a letter sent from his girlfriend, Anne-Sophie Flury, who wrote: "I miss you so much, it's ridiculous. It's made me realise just how much I love sharing the boring, everyday aspects of life with you."