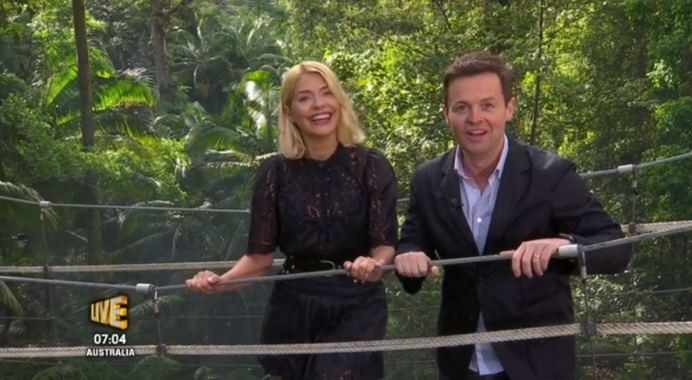 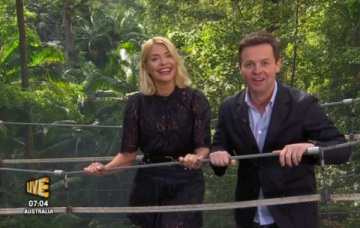 It was never going to be an easy job

It was always going to be a hard job for anyone filling the shoes of Ant McPartlin alongside Declan Donnelly on I’m A Celebrity… Get Me Out of Here! and only an hour into the show, fans are already missing him.

And in particular they’re missing his trademark banter with Dec, with many saying Holly Willoughby just doesn’t measure up.

Things did seem a little awkward as the show began. Dec made a joke about having never “done it with a woman before” and always having done it “every night with a man”,  Holly giggled awkwardly and suggested they got back to the show.

Fans began picking up on the lack of chemistry straight away.

The banter isn’t the same between dec and holly. She can’t keep a straight face at dec’s jokes #ImACeleb

Holly Willoughby seems fairly awkward atm imo. Seems like Dec is carrying the banter and Holly is presenting like she is still on This Morning. Hoping she improves. #ImACeleb⁠ ⁠

I'm not sure how I feel about Dec and Holly presenting the banter isn't the same, I miss Ant #ImACeleb

Think the show is definately missing Ant already. There doesn’t seem much banter between her and Dec at the moment. #imacelebrity #imaceleb

But other viewers were quick to hit back and defend the presenter saying she was doing really well.

And others insisted they could never recreate Ant and Dec, so people should stop complaining and give Holly a chance.

Quite a few people missing the Ant and Dec banter and there's nothing wrong with that, but it's really unfair to write Holly off after 30 minutes. Imagine being in her shoes and stepping into that role? She's a brave and brilliant professional who deserves a chance #ImACeleb

HOLLY IS DOING SO WELL, SHE’LL GET USED TO THE BANTER WITH DEC GIVE HER TIME, SHES NEVER WORKED WITH DEC BEFORE #ImACeleb

Holly has taken a break from her usual This Morning presenting role to stand in for Ant, who is taking some time off to recover following his stint in rehab and an arrest for drink driving.

Fans were already split over her appointment in the role after seeing the first clip of her and Dec presenting together.

But now it seems they’re even more divided!

What do you think of Holly and Dec? Leave us a comment on our Facebook page @EntertainmentDailyFix and let us know what you think.