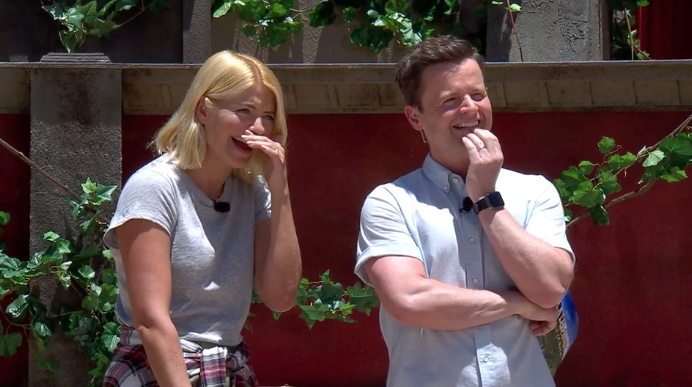 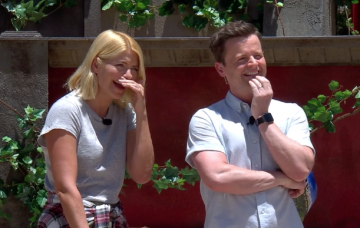 Holly Willoughby is reduced to the verge of tears when Harry Redknapp admits he “can’t let his grandkids down” during I’m A Celebrity’s first eating trial of the series.

Harry, who has struggled with the exotic cuisine in camp, says he is going to find it difficult but vows to do it for the sake of his family.

A sneak preview of tonight’s show, released by ITV, shows the ex-football manager and Noel Edmonds having to take on the dreaded Bushtucker challenge.

Trial Tease: The reign of the Emperor is over… Bet Noel and Harry wish they could eat their words instead of sheep brains 😂. #ImACeleb pic.twitter.com/4LqUFtI8fu

The first course of their “Roman banquet” is sheep’s brains which they must eat in their entirety straight from the skull, leaving them repulsed.

Harry tells hosts Holly and Declan Donnelly: “I’ve struggled to eat the food in the camp.

“I don’t think I’ve really eaten anything, so this is going to be difficult.”

Holly asks him: “Do you think you’ll be able to do it?”

“I’ve got to do it,” he replies. “I’ve got the grandkids at home watching. I can’t let them down.”

Asked how he feels about the revolting dish, Noel says: “I’m trying to engage in what I call Corneal Realignment Protocol — CRAP for short — in which you visualise something other than what you’re looking at.

“So I’m seeing a very large walnut that will be chewy.”

Holly asks: “Is it helping?” to which the veteran TV presenter answers: “No.”

She then offers a word of encouragement, saying: “It’s a delicacy in many parts.”

Harry quips: “Not in Stepney, it ain’t,” to laughs from the hosts.

Watch Harry and Noel take on the trial tonight on ITV at 9:30pm.

Do you think Noel and Harry will succeed in the trial? Leave us a comment on our Facebook page @EntertainmentDailyFix and let us know what you think!