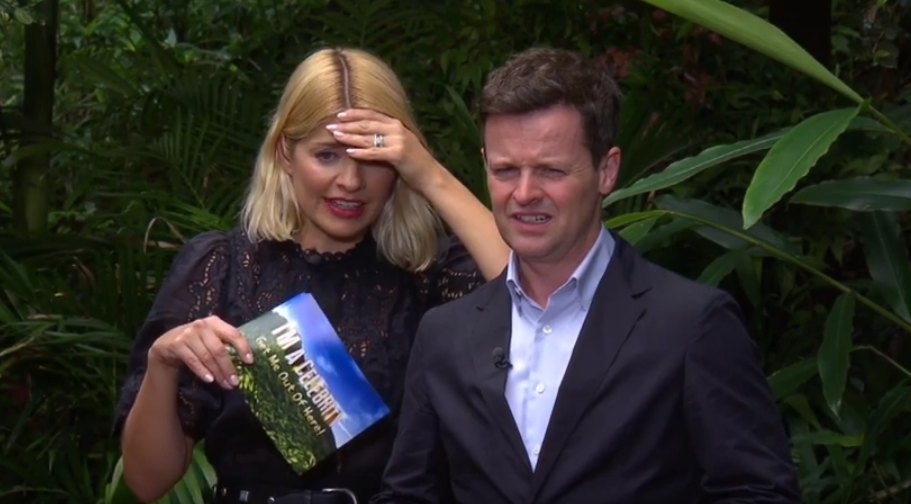 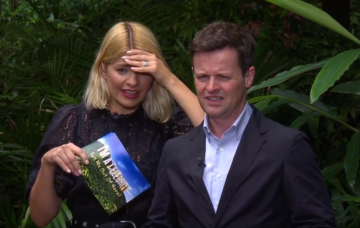 It's a big adjustment!

She is used to the warm and dry This Morning studio, so Holly Willoughby has been having a task adjusting to the extreme jungle weather on I’m A Celebrity… Get Me Out Of Here!

Holly, 37, and co-host Declan Donnelly, 43, got caught in a downpour at the end of last night’s episode and she was later filmed desperately trying to take cover under an umbrella.

In a hilarious Instagram video from Extra Camp’s Joe Swash, poor Holly is seen crouching down on the ground under her brolly and appeared to already be drenched!

@hollywilloughby trying 2 get some cover from the ran!!!!

Holly also shared her predicament with her Instagram followers.

She put up an Instagram snap, with the caption: “Sitting in the rain… trying to keep out of the @itv2 shot! #whereswilloughby 🤪”.

Sitting in the rain… trying to keep out of the @itv2 shot! #whereswilloughby 🤪

Read more: I’m A Celebrity stars before they were famous!

Fans also pointed out that she didn’t seem to be enjoying herself in the adverse conditions!

One posted of her predicament: “When you go to Aus for some sun and it ends up being wetter than the UK”.

While another added: “bless her, I could definitely tell she wasn’t enjoying it.”

A third wrote: “Take the rough with the smooth.”

The mum-of-three had been showing off her stylish outfit before the heavens opened and soaked her.

Holly has taken her new presenting role in her stride since filling in for 43-year-old Ant McPartlin.

While some viewers have complained that Ant is irreplaceable, many have praised Holly for being a complete “natural” and “fab” at the job.

Dec has also been making sure his new co-presenter settles in Down Under.

Showing the new girl around camp! Not hanging around though, got some new camp mates ready to move in 😬 #ImACeleb tonight at 9pm on @itv

Meanwhile, Ant has wished Holly luck, and given his blessing, as he takes times out of the spotlight.

All the very best of luck to the little fella and @hollywills for the show tonight.
Lots of love from the big fella!!
A#ImACeleb
Xxxxxx

We hope you are still managing to enjoy yourself out there, Holly!

Are you enjoying watching Holly in the jungle? Leave us a comment on our Facebook page @EntertainmentDailyFix and let us know what you think.