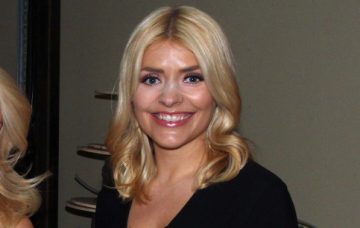 She said she "couldn't be more excited" to host the show

Holly Willoughby will be joining Dec Donnelly to host this year’s I’m A Celebrity… Get Me Out Of Here!

It was announced earlier this month that Ant McPartlin will be taking the rest of the year off to focus on his recovery, therefore, he won’t be hosting the reality show.

A whole host of names were put in the frame to join Dec, including Scarlett Moffatt, Stephen Mulhern and Julia Morris, co-host of the Australian version of the show.

But, viewers will now see This Morning presenter Holly take over hosting duties and the star has admitted she “couldn’t be more excited” to join Dec down under.

He gushed: “I am hugely grateful to Holly for agreeing to accompany me to Australia this year.

It comes after Ant, 41, announced he won’t be returning to TV until next year.

Ant released a statement explaining he has decided to take the rest of the year off to focus on his recovery, following his stint in rehab for drink issues and painkiller addiction and his drink-drive arrest in March.

Dec admitted that he’s “sad” that Ant won’t be joining him but he’s “fully supportive” of his decision.