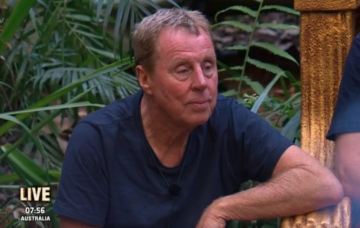 Harry Redknapp is favourite to win I’m A Celebrity tonight

The bookies have a clear favourite

Harry Redknapp will be crowned King of the Jungle and win I’m A Celebrity this evening, according to the bookies.

The former football manager is the runaway favourite to emerge triumphant from the jungle camp, priced at a seemingly unbeatable 1/10 to win by bet365.

The chances of the 71-year-old – reportedly paid £500,000 for his appearance on the ITV series down under – being eliminated before other remaining campmates John Barrowman and Emily Atack are rated at 25/1.

Emily, meanwhile, is the outsider of the final three to secure the popular vote to win, given odds of 12/1.

However, it seems she could be the next celebrity participant to fall with the bookies pricing her at 8/11 to get the chop next.

Harry looked to cement his probable first place finish during last night’s episode with a hilarious performance during the Celebrity Cyclone.

To viewers’ glee, he reflected on taking part in the ridiculous water-based obstacle course by saying: “I was supposed to be sitting at home in my house slippers coming up to 72 years old, not going up a water slide getting smashed in the face by balls.”

Read more: Nick Knowles had blazing rows on I’m A Celebrity that weren’t shown on TV

During her exit chat, Fleur revealed she is rooting for popular Harry to win.

“I would love to see him crowned king, it would be amazing.”

Who’ve you got to win?