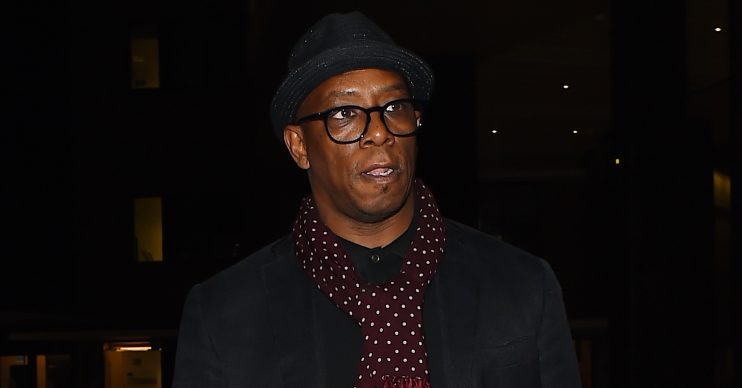 Gary Lineker ‘confirms’ Ian Wright is going on I’m A Celebrity…Get Me Out Of Here!

The presenter repeatedly teased him during Match of the Day

Gary Lineker teased Ian Wright about his rumoured appearance on I’m a Celebrity…Get Me Out of Here! during Match of the Day on Saturday (November 2).

The 58-year-old presenter repeatedly hinted that Ian, 56, is poised to swap the show’s TV studio for the Australian jungle, where he could be about to join the likes of Kate Garraway and Roman Kemp on the ITV programme.

During the football highlights show, Gary alluded to Ian “passing all the trials”, seemingly in reference to I’m a Celebrity.

He also asked: “You all right Ian, I’m not bugging you?”

And later, Gary said: “Wrighty’s off to eat leaves.”

Last month, meanwhile, fellow rumoured contestant Kate Garraway revealed that her children – Darcey, 13, and William, 10 – have spent years urging her to take part in the show.

Wrighty’s off to eat leaves.

However, Kate also confessed to being “terrified” by the prospect of starring on I’m a Celebrity…Get Me Out of Here!.

“My kids would love me to do it, I don’t know what that says.

“People keep saying I’d be good in there and basically what that means is you want to see me tortured.

“Like really close friends say, ‘Oh you’d be amazing, I really want you to do it.’ And it’s like, ‘What have I done to you?’ Does anybody want to go through that torture, I don’t know?”

I’m A Celebrity… starts on Sunday November 17 on ITV.