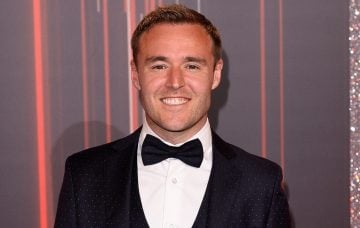 He's recently said he would love to do the show

Coronation Street actor Alan Halsall could reportedly bag himself a huge sum of money to appear on this year’s I’m A Celebrity… Get Me Out Of Here!.

The star, 36, recently admitted on social media that he would love to head Down Under as he believes he would “smash” a stint in the jungle.

And now, an insider has told The Sun that Alan’s comment wouldn’t have “gone unnoticed” by the show’s bosses.

The source told the publication: “Alan couldn’t have made it any clearer that he fancies a spell in the jungle and it won’t have gone unnoticed by the makers of the show.”

According to The Sun, Alan – who is a dad to five-year-old daughter Sienna-Rae – could even demand a six-figure fee to do the show because of his celeb status.

It comes after Alan expressed his desire to do the show during an Instagram Q&A when a fan asked him who he hopes will enter the jungle this year.

Alan replied: “Me, I would smash it.”

I’m A Celebrity is expected to start sometime next month, however, an exact date has yet to be confirmed.

Among the big names linked to the new series is DIY SOS host Nick Knowles and The Inbetweeners actress Emily Atack, as well as Loose Women’s Coleen Nolan and X Factor’s Fleur East.

Alan’s Corrie co-stars Antony Cotton and Jennie McAlpine have both taken part in the show previously, so it’s possible that bosses would love to have another star from the soap.

The new series will see Dec Donnelly have a brand new co-host as Holly Willoughby fills in for Ant McPartlin.

But while it’s all change over on the main show, there’s been no alteration to the presenting line-up on the spin-off show, Extra Camp.

Are you looking forward to watch the new series of I’m A Celebrity? Leave us a comment on our Facebook page @EntertainmentDailyFix and let us know what you think!