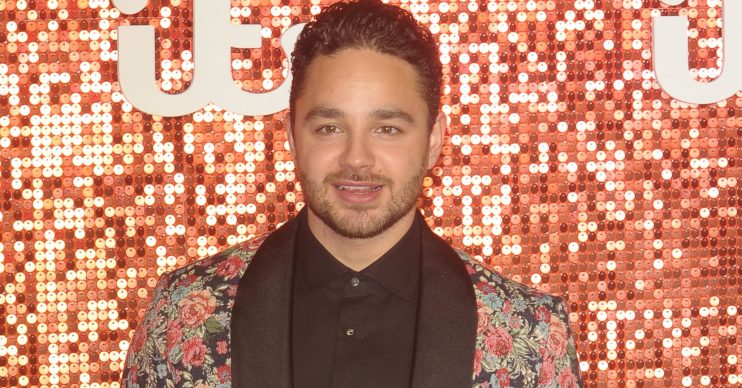 Adam Thomas shares photo with I’m A Celeb: Extra Camp co-stars as he lands in Australia

He was joined by Emily Atack and Joel Dommett

Adam Thomas has arrived in Australia to begin preparing I’m A Celebrity: Extra Camp ahead of the new series.

The 19th series, hosted by Ant McPartlin and Dec Donnelly, will begin next Sunday (November 17) and preparations are well under way.

Former Emmerdale actor Adam jetted off to Oz this week to join his Extra Camp co-stars Emily Atack and Joel Dommett to get ready for the series.

Still not real !!! Arhhhh… This is me @joeldommett and @emilyatackofficial in between us!! Get it ?? Haha 🤣🤣 Expect more great jokes like this … when we go live 17th November @itv2 @imacelebrity #extracamp

The star shared a snap to Instagram showing himself pulling an excited face alongside Joel and Emily.

He captioned the post: “Still not real!!! Arhhhh… This is me, @joeldommett and @emilyatackofficial in between us!! Get it??

“Haha. Expect more great jokes like this… when we go live 17th November.”

Fans were excited and couldn’t wait to watch the new series.

One person commented: “So buzzed for this,” while another said: “Can’t wait bring on next weekend.”

A third wrote: “So excited for Extra Camp this year.”

The trio were announced as the new Extra Camp line-up last month after previous hosts Joe Swash and Scarlett Moffatt stepped down.

Adam said in a statement: “I can’t believe that I’m heading back to the Jungle, this is something I never saw coming my way!

I can’t believe that I’m heading back to the Jungle, this is something I never saw coming my way!

“I’m so excited to be reunited with my campmate Joel and to also work alongside Emily. We’re going to have so much fun…just keep me away from those spiders!”

Emily, who won over the nation during last year’s series, said: “I’m thrilled that I get to make more amazing memories in a place that means so much to me.

“I’ve loved working with Joel on Singletown, we’re like brother and sister, and Adam has got such amazing energy. The three of us are going to have the best time ever!”

Joel added: “So excited to be heading back to the Jungle this year – this time with a new bunch of amigos.

“I can’t wait to show Emily around and keep reminding Adam that I beat him in 2016. It’s such a huge privilege to do this show and I truly love it. I can’t wait to find out who we are watching.”

I’m A Celebrity returns to ITV on Sunday 17 November at 9pm.

What do you think about the new Extra Camp presenting line-up? Leave us a comment on our Facebook page @EntertainmentDailyFix and let us know.