Channel 4 viewers were left in stitches last night after a pop icon was referred to in a very unexpected way on Gogglebox.

Married couple Stephen and Daniel were among the couch potato critics to give their verdict on acrobatic Britain’s Got Talent dance act Dust in the Wind.

But instead of passing comment on the BGT hopefuls’ dance skills, the Brighton-based pair reminisced about a hilarious memory from their nuptials.

Recalling how one exuberant guest took to the dance floor at their wedding without wearing any underwear, Daniel cringed at the thought of what happened. 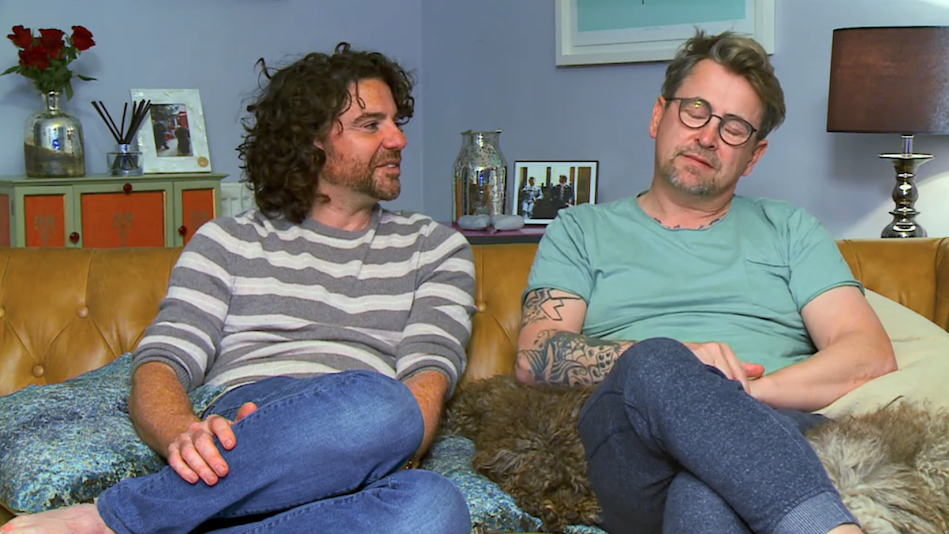 What did he say?! (Credit: Gogglebox on Channel4.com)

Longtime Gogglebox favourite Stephen, however, had those watching at home giggling as he described how the female guest inadvertently flashed everyone else as she twirled her legs in the air.

But it was the euphemism Stephen used to express what he saw that really had viewers chuckling.

Won't be able to look at Barry Gibb the same again now.

"You saw one leg go up, then Barry Gibb, then the other leg!" he recalled.

The cheeky remark involving the Bee Gees legend left fans wondering whether they’d ever be able to associate the high-pitched warbler purely with music again. 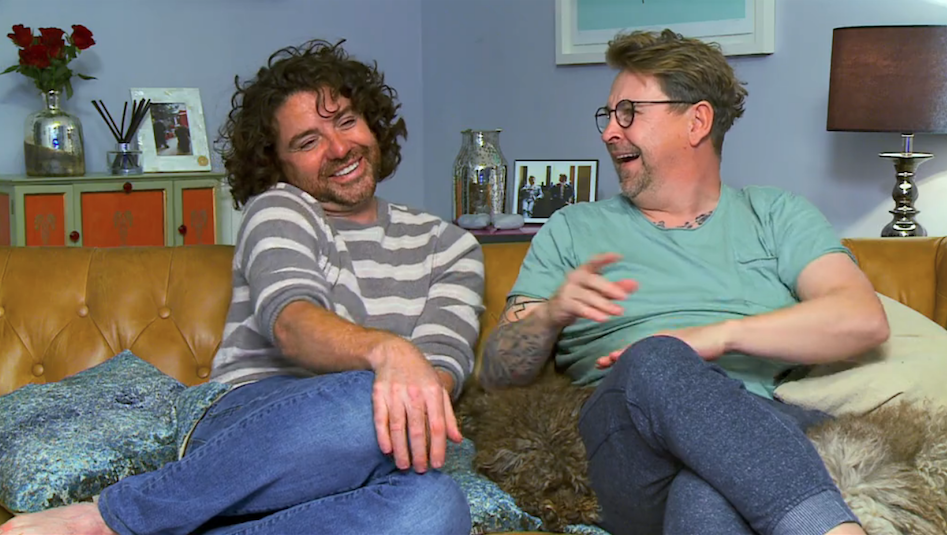 "Won’t be able to look at Barry Gibb the same again now 😂 #Gogglebox @C4Gogglebox," added another.

"Omg '1 leg then Barry Gibb and then the other leg'. I just spat my drink out @Stephenwebb71 🤣🤣🤣 #Gogglebox," a third reacted.

And Stephen also later joined in on the fun on social media, retweeting one Twitter user’s gif of the Bee Gees.

- Gogglebox airs on Friday nights at 9pm on Channel 4