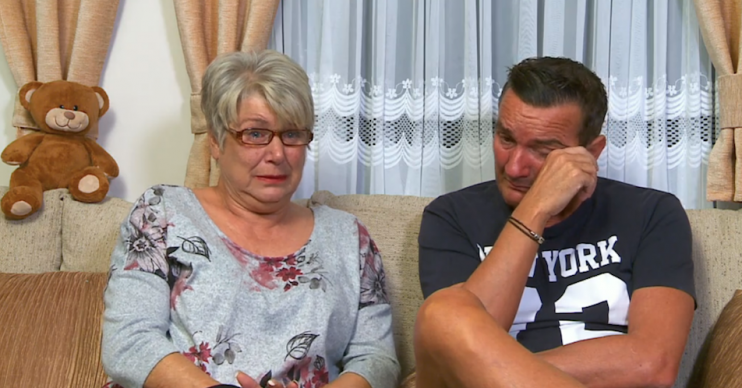 Real-life accounts and dramatic portrayals of cancer left many shattered

Overwhelmed TV viewers were left in tears last night by a “devastating” schedule of programming across the channels.

Many of those watching Friday’s (25.10.19) Coronation Street and Gogglebox‘s Stand Up To Cancer special reacted to the distressing themes surrounding the deadly condition, with many admitting they had been ‘broken’ by viewing both shows.

Corrie’s ultimate and very sad conclusion to the long-running portrayal of Sinead Tinker’s heart-rending battle with cervical cancer – both before her pregnancy and directly after – was the first to air.

But it was the distressing real-life accounts of people and families whose lives have been ripped apart by cancer, in the fundraiser on Channel 4, that left many hearts thoroughly shattered.

“My daddy sends us feathers to let us know he’s looking after us.” We #StandUpToCancer with Nicola and her family, whose story was shared on #CelebrityGogglebox on @Channel4. Help fund our vital research: text THIRTY, TWENTY or TEN to 70404 to donate £30, £20 or £10. Thank you. pic.twitter.com/lHjcqZFlia

A extraordinarily brave appearance from Nicola, widowed following her husband Brett’s heartbreaking fight with a brain tumour, saw her recount how Brett suffered a seizure as she went into labour with their third child.

After giving birth, she rushed to be by his side.

Nicola recalled: “When we arrived there, I took her over to him and laid her on him and described what she looked like. So we had a couple of hours.”

She continued: “I said to him it’s okay, like don’t hurt yourself any more.”

Their daughter Arya was born at 5.07am while her father passed away at 8.25am.

Viewers – along with the Gogglebox regulars and celebrities on board for the special – were stunned by the upsetting accounts.

One social media user said: “@C4Gogglebox absolutely floored me tonight, first of all I was crying at Corrie then at Gogglebox. Cancer needs to be wiped out completely.”

Emotional TV tonight…. First Sinead on Corrie heartbreaking death and then #StandUpToCancer on Gogglebox 💔😢 Got me reaching for the tissues all evening🧻📺 #SU2C #corrie #sineadtinker #danielosborne #emotional #suchsadstories

@C4Gogglebox absolutely floored me tonight, first of all i was crying at corrie then at gogglebox.
Cancer needs to be wiped out completely.

Another person tweeted: “Emotional TV tonight… First Sinead on Corrie heartbreaking death and then #StandUpToCancer on Gogglebox. Got me reaching for the tissues all evening🧻📺 #SU2C #corrie #sineadtinker #danielosborne #emotional #suchsadstories.”

“Not enough Kleenex in the world for the emotions of Friday night programming this evening, between poor Sinead passing away in Corrie and the heartbreaking cancer stories on Gogglebox. I’m a mess,” added a third person.

“#SUTC #Gogglebox broke me. Those two cancer stories… a baby born at just after 5am and her dad died of brain tumour three hours later, and the guy that died two weeks after getting married. All I did was cry last night, at #Corrie then this,” wrote another.

Yet another person contributed: “After watching Corrie and Gogglebox tonight I can safely say I have cried my way through my Friday night.”

Another commenter remarked: “Between Corrie and Gogglebox, been an emotional evening, think I now have swollen eyelids !#Corrie #StandUpToCancer.”

And another concluded: “I think an emotional combination of #Gogglebox and #Corrie tonight may be putting all the ridiculous things we take for granted into perspective.”

For more details on how to donate to Stand Up To Cancer, click here.

– Gogglebox airs on Friday nights on Channel 4 at 9pm