Ian 'H' Watkins claims he asked the BBC for a "same-sex partner" when he competed on Tumble, but was turned down.

The former Steps star is currently competing on ITV ice skating show Dancing on Ice, where he is part of the programme's first ever same-sex pair, as he's taking to the ice with skating partner Matt Evers.

And he has now said he previously asked for the opportunity to make history on BBC One's gymnastics show Tumble - which aired for just one series in 2014 - but was told by producers that the "BBC doesn't do that". 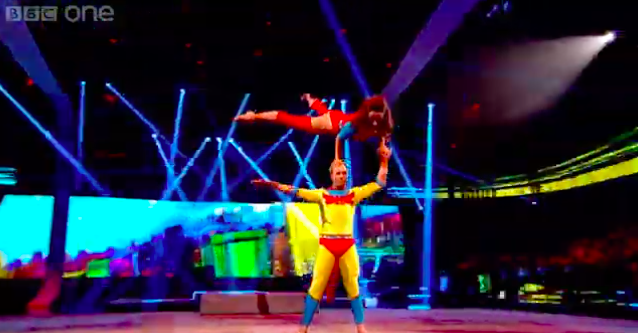 "Then I wasn't assertive enough, I wasn't sure of myself, and I wanted to do the job so badly that I just went, 'OK, I'll carry on'."

I asked for a same-sex partner and they said: 'No, the BBC doesn't do that.

H, 43, had planned to be more assertive about his request when he was approached for a role on Dancing on Ice, and says he would have "pulled out" if he was turned down again.

The star - who is father to twin sons Macsen and Cybi, whom he welcomed via surrogate mother in 2016 - added: "If they had said no, I would have pulled out because it means so much to me.

"I know who I am. I'm a dad, so my kids will be watching it, so I want them to see me as my authentic self."

Don't you wanna get away to a whole new part you're gonna play, ‘Cause we got what you need, so come with us and take the ride... To the other side!! WHOOP! #DancingOnIce #DOI2020 #TeamHandMatt #HandMatt 👬⛸🎩🌈

H also insists that he won't be "snogging" Matt during any of their routines, because he doesn't want to "devalue" their partnership or the "message" he's trying to send by being in a same-sex duo.

He explained: "It's skating, not dating, right? I mean, he's handsome, totally, but I'm keeping it very professional.

"Because if I snogged him or something happened it would completely devalue what I'm trying to achieve. What we are doing is bigger than us and bigger than the show. It's a message."

The singer and actor wants to continue breaking down barriers by skating with Matt to a "love song", and says he wants the routine to be "tasteful".

Speaking to The Sun newspaper, he said: "The next milestone I'd like to do is perform to a love song.

"And why shouldn't we? All of the other couples are doing one and it will be done tastefully and sensitively.

"Like everyone else, it's not like we'll be snogging on the ice. That's who I am, and that's who Matt is so let's portray a beautiful love story."