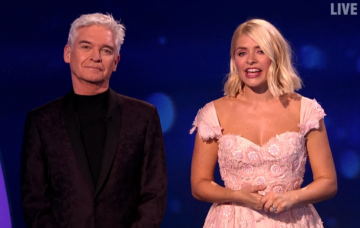 Phillip Schofield hits back at Dancing On Ice ‘fix’ claims

Host laughs off claims from fans that show is 'fixed'

Presenter Phillip Schofield has shrugged off viewers’ claims that Dancing On Ice is ‘fixed’, insisting he would not be involved in any TV show that was rigged.

Fans threatened to boycott future episodes of the ITV show last night after Gemma Collins eluded elimination once again by missing out on the crucial skate-off.

But Phil, 56, slammed suggestions the voting process is anything less than legit after being bombarded with accusations from viewers on social media following last night’s programme.

Responding to one user who claimed viewers “have been ripped off if there has been a fix”, Phil branded their “conspiracy theory” as laughable.

“I have put an official complaint to @ofcom on their website after @Schofe saying live on air that @missgemcollins would be skating next week,” the annoyed DOI viewer tweeted.

Insisting his comments on air were part of his typical routine, Phil also pointed out the voting procedure is carried out without influence from producers.

He hit back: “We say that to everyone! You are hilarious with your conspiracy theory. Voting is independently adjudicated. I only know the result as I say it.”

😂😂😂 we say that to everyone! You are hilarious with your conspiracy theory. Voting is independently adjudicated. I only know the result as I say it.

However, when the tweeter replied to Phil and took issue with him seemingly finding humour in the situation, the telly veteran seemed to bristle at the merest hint he would ever be involved in any production that wasn’t completely above board.

Read more: Dancing On Ice viewers call for Gemma Collins to get the boot

“Not amusing…  hilarious,” he snapped, doubling down.

Responding to the suggestion he had not teased seeing any other contestant next week, Phil continued: “I said it to Gemma cos she was crying. Oh btw…  it’s illegal to fix TV shows and I wouldn’t work on one that was (sic).”

Not amusing.. hilarious. I said it to Gemma cos she was crying. Oh btw .. it’s illegal to fix tv shows and I wouldn’t work on one that was

Apparently becoming increasingly frustrated at a further exchange that mentioned ‘the vote already being decided’, Phil replied next in all capital letters to get his point across.

“WE ARE INDEPENDENTLY ADJUDICATED!!!” he tweeted.

Phil reiterated: “All votes are checked and agreed by an independent company.”

WE ARE INDEPENDENTLY ADJUDICATED!!! All votes are checked and agreed by an independent company.

Despite finishing at the bottom of the score board, Gemma missed out on having to skate for her survival – leaving Saira Khan to battle it out with Ryan Sidebottom.

Loose Women star Saira was then voted off the competition.

Dancing On Ice airs on ITV on Sundays at 6pm.