During the show last night (26.01.20), the duo were chatting to the celebs and their pro partners when Phil, taking over the interview from Holly, failed to notice that he half blocked her out of the shot.

Holly asked Radzi Chinyanganya if he kept going over his performance in his head, wondering if it could have gone better. 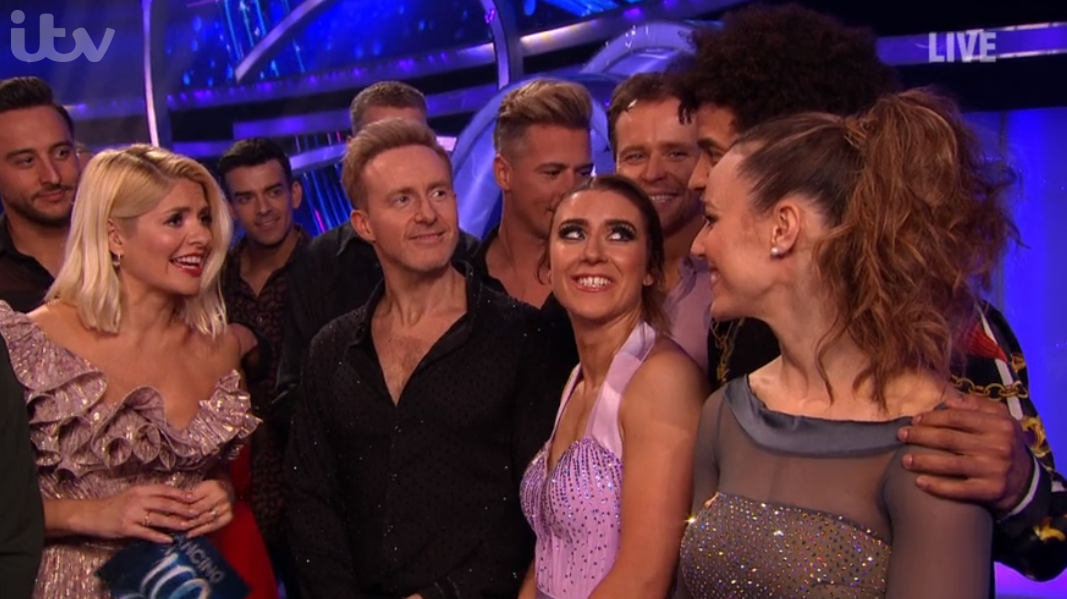 Holly was speaking to Radzi before Phil took over (Credit: ITV)

The former Blue Peter presenter, who was eliminated last night after losing in the skate off to model Caprice Bourret, replied: "Every single move!"

Phil, standing next to her, smiled and said, "Well done all of you" before turning to Caprice, leaving Holly looking awkwardly over his shoulder. 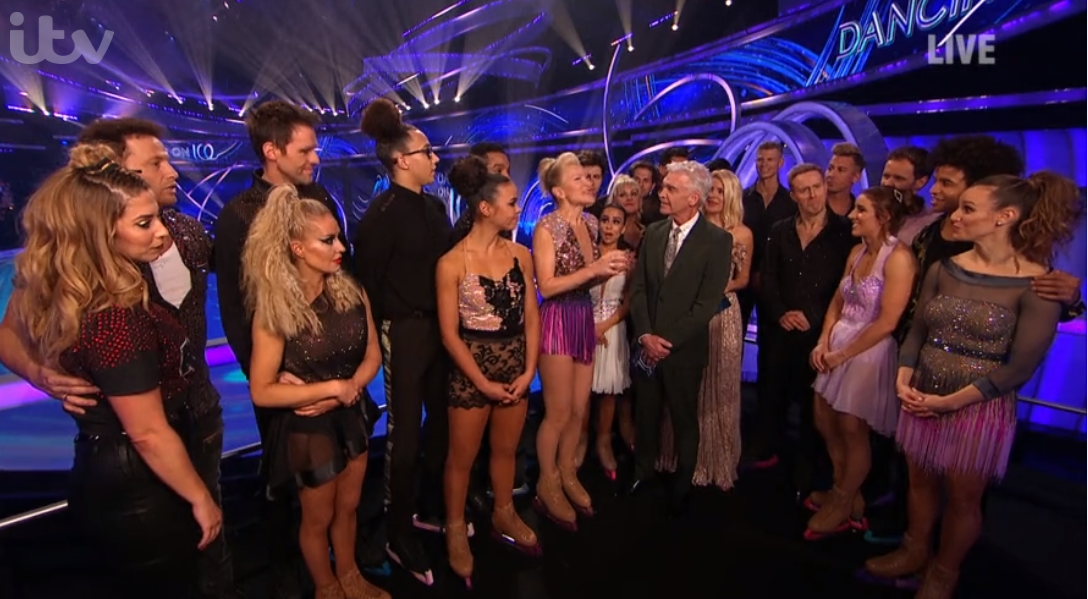 He didn't seem to realise that Holly was almost completely blocked out (Credit: ITV)

The This Morning presenter said: "Caprice, it's fairytale week next week, how do you feel about that?"

"It's quite exciting!" the star told him. 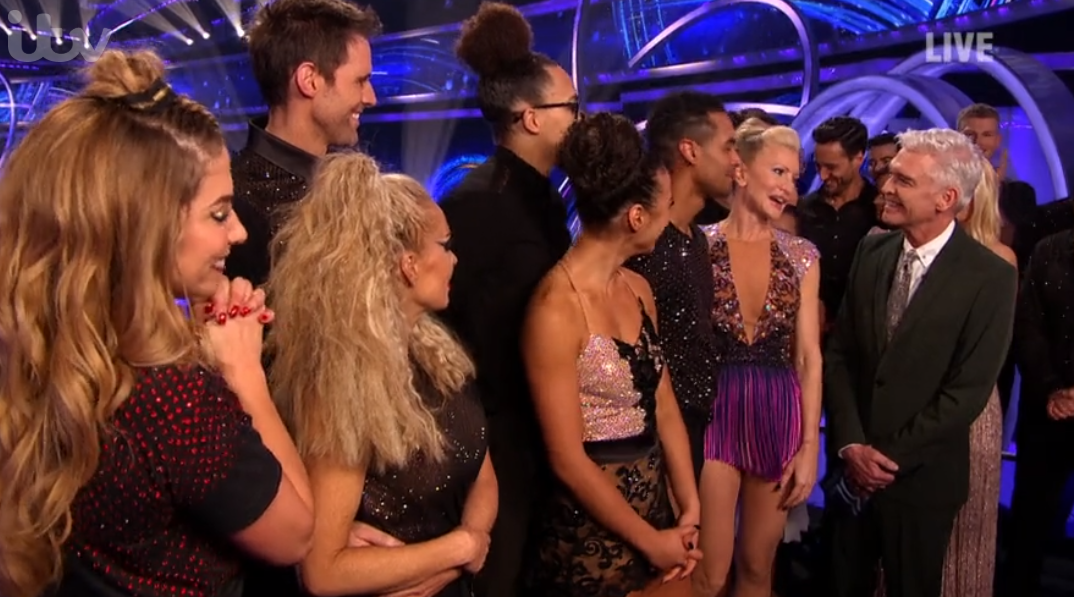 The awkward moment came right before the skate off, which saw Radzi lose to Caprice (Credit: ITV)

Caprice ended up in the skate off against Radzi and, after both performances were up, the judges decided to save her - making Radzi and his partner Jess Hatfield the third couple eliminated.

Viewers were told during last week's instalment, without explanation, that Caprice and Hamish had decided to 'part ways' following weeks of training and performing together.

Elsewhere in last night's Dancing On Ice, former Diversity star Perri Kiely stole the show with a performance that garnered 33.5 points from the judges - the highest score of the series so far.

So impressed was John Barrowman that he felt all the more compelled to pass on some truly helpful criticism - and in his eagerness to demonstrate his point, he accidentally slapped his fellow judge Ashley Banjo in the face.

He looked concerned but Ashley, though touching his nose and holding his head back, smiled and assured John he was fine.