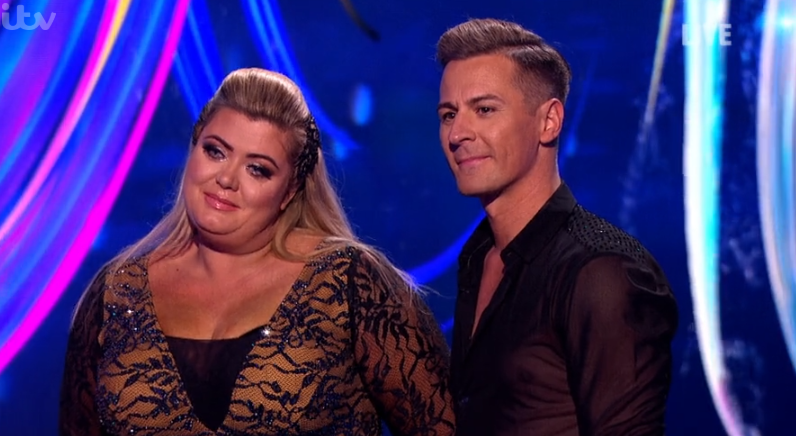 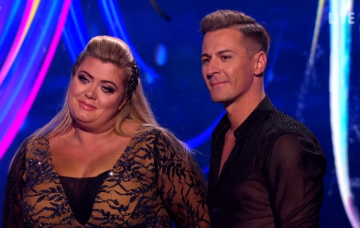 But he sees potential in her

Matt Evers has revealed he’s been told by “industry professionals” to “give up” on his Dancing On Ice partner Gemma Collins, but he refuses to.

Earlier this week, Matt said he and Gemma had a “heart to heart” about her place in the competition after her recent fall on the ice knocked her confidence.

The professional skater, 42, told his fans on Twitter on Friday that he can “see potential” in Gemma and that’s “fuelled” him even more to keep going.

Read more: Gemma Collins ‘kicked out of DOI rehearsals for being disruptive’

He tweeted: “I’ve been told by many industry professionals to give up on her. I refuse to give up especially when I see potential.

“This has fueled me even more. It’s not my job to care but I do.”

Gemma later tweeted: “We are really making progress this week @TheMattEvers is the best.”

It comes after Matt revealed Gemma was “absolutely terrified” of skating last weekend after her fall the week before.

He told The Sun: “We had a heart to heart chat. We talked about what happened last Sunday, and at the end of the day she was absolutely terrified of skating after her fall the week before.

“Her knees were just black and blue. She needed a minute.”

Gemma was left with bad bruising on her legs after she fell face-first onto the ice and she admitted she was in “agony” for days afterwards.

Matt added: “Going forward she’s going to be more honest with me. She has moments when she is down. She was fearful and that came across in some of the performance last week.”

Earlier this week, Matt also defended Gemma after a troll accused the former TOWIE star of ruining the show with her “attention seeking” antics.

One viewer wrote on Twitter: “I’ve been an avid fan from series 1 and I honestly can’t stand this series due to her! All the judges are pathetic molly coddling the self centered attention seeker! Ruined a perfectly good show for me! (sic)”

Honestly, if our 1 minute and 30 sec performance ruins an entire 2 hour show…. you need professional help. The viewing figures don’t agree with any of the haters. 💁🏼‍♀️ https://t.co/DnrT5wYK6p

Matt replied on his own Twitter account, writing: “Honestly, if our 1 minute and 30 sec performance ruins an entire 2 hour show…. you need professional help. The viewing figures don’t agree with any of the haters. (sic)”

Matt also defended Gemma against accusations that she “can’t skate”, sharing a clip of her from the weekend’s show and highlighting the fact she successfully executed some inside three turns.

Last time I checked… “ice skating”. These are actually called inside three 3 turns. Who ever says @missgemcollins “can’t skate”…. she can. pic.twitter.com/LtwHWItaJd

He captioned the clip: “Last time I checked… ‘ice skating’. These are actually called inside three 3 turns.

“Who ever says @missgemcollins ‘can’t skate’… she can.”

Do you enjoy watching Gemma and Matt on the show? Leave us a comment on our Facebook page @EntertainmentDailyFix and let us know.