ITV recently denied claims Caprice was being 'bullied' after it was reported that the model was threatening to quit the skating series unless she was given a new partner.

James, who won the series last year, shared his view on the reports and insisted Hamish is a "wonderful" and "hard-working guy".

He wrote on Twitter: "As you all know I never put my opinions on Twitter and always shy away from controversy.

"However, I’d just like to say I spent 5 months working around Hamish from DOI last year and he’s a wonderful hard working guy who is lovely take from that what you will."

However, I’d just like to say I spent 5 months working around Hamish from DOI last year and he’s a wonderful hard working guy who is lovely

Take from that what you will x#DancingOnIce

It comes after a source claimed to The Sun that Caprice complained to bosses about feeling 'worn down' by how she was allegedly being treated in training.

The insider said: "Hamish is an incredibly hard taskmaster and was pushing Caprice beyond her capabilities.

He’s a wonderful hard working guy who is lovely take from that what you will.

"She was giving it her all but felt like it was never enough.

"Caprice won’t stand for bullying in the workplace, and has been advised she has grounds to go legal. For now, she wants to give her all to the show."

An ITV spokesperson told ED!: "We take allegations of bullying very seriously but found no evidence on Dancing On Ice and we strongly refute any suggestion to the contrary.

Sunday is almost here ... I am super excited for everyone to see my routine🙈🙈🙈 don’t forget download the @dancingonice app. Head to the App Store or google play now! Thank u so much for all your messages and support I love them all so much ❤️❤️❤️❤️😘

"We're very proud of the team, both on and off screen. They produce a fantastic show and we are committed to ensuring that everyone who works on the programme is fully supported."

On Sunday evening's show, Caprice skated with pro Oscar Peters after it was revealed on the show that she and Hamish had "parted ways".

During the previous weekend's show, host Holly Willoughby explained: "Unfortunately Caprice and Hamish have parted ways and will not be skating this week.

Meanwhile, Caprice will reportedly tell-all on her split from Hamish once she leaves the competition. 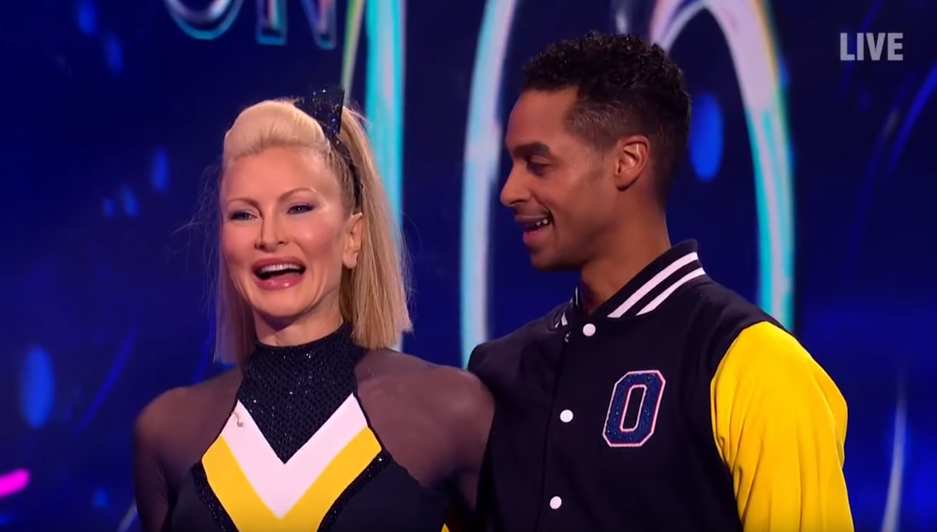 Caprice skated with Oscar this past weekend (Credit: ITV)

Read more: Dancing On Ice: Fury as the judges choose to save Caprice Bourret

A source told The Sun: "Something happened – Caprice can't talk about it because she's on the show but she will.

"She desperately wants to get her side across and reveal what happened but until she's off the show it's business as usual. She's keeping it professional."

Ent Daily has contacted reps for Dancing On Ice and Caprice for comment.