Holly Willoughby is the big talking point on tonight's Dancing On Ice... or, more specifically, her boobs are. 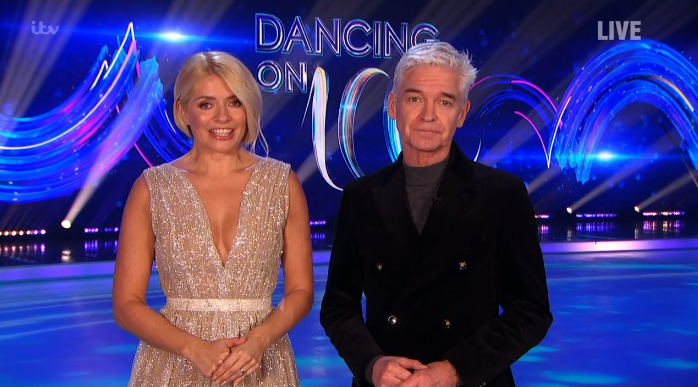 It's all about Holly! (Credit: ITV)

The presenter looks absolutely stunning in her twinkly designer gown, but some viewers aren't pleased with the low-cut design.

It's so sad when women feel the constant need to display themselves.

One compared her boobs to the Mitchell brothers from EastEnders and suggested she put them away.

Holly put the Mitchell Brothers away, it's so sad when women feel the constant need to display themselves to cover up the fact they have no talent otherwise!*! #boring #dancingonice

Another echoed that suggestion, moaning they were eating their tea.

Cover your breasts fully we are trying to have our tea

Someone else suggested she put a cardi on...

Can someone get Holly a cardi! #dancingonice

Not all viewers are offended by Holly's cleavage though. Her daring outfit for the Christmas special had some positively salivating! 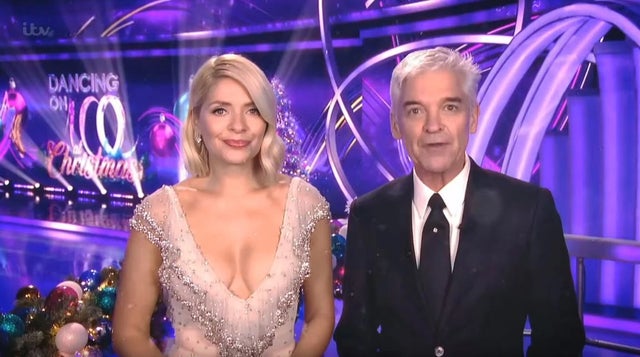 I know she's doing it for the boys, but some of us girls like that sort of thing too, Holly's cleavage in #DancingOnIce WOW!

I'm not really a "boob girl" but hers are amazing.

Another demanded more of them.

Sack the sound engineer for the loud clapping mix, more of Holly's boobs and less Barrowman and I think you're on to a winner.#DancingOnIce #HollyWillabooby #ITV

A third told others who were grumbling about the mum-of-three's breasts to get a life!

To all those people who can’t handle the fact Holly has boobs, get over it for gods sake and get a life #DancingOnIce

Do you think Holly's dresses are too raunchy?  Tell us on our Facebook page @EntertainmentDailyFix.