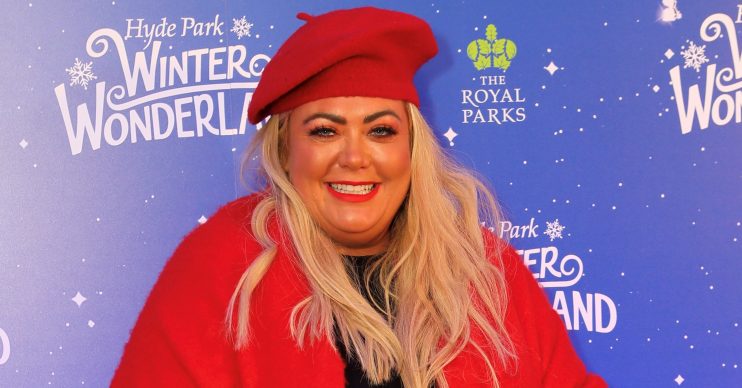 All smiles from Gemma

ITV’s Dancing On Ice has released its first trailer for its Christmas special, which shows Gemma Collins on her return to the ice.

The series, which starts again properly in January, is ramping up promotion for the Christmas special.

And it was Gemma who stole the show on her return.

Gemma infamously clashed with judge Jason Gardiner during her stint on the show in January.

But now it’s all smiles.

Not only has Jason departed – replaced by John Barrowman – but she diva’d it up to the max with her fleeting appearance in the trailer.

The greatest show on ice is back with a real Christmas cracker.

Hosts Phillip Schofield and Holly Willoughby said in the trailer: “The greatest show on ice is back with a real Christmas cracker.”

Wearing a bright pink dress and tiara, and bursting out of a giant Christmas present box, Gemma certainly looked delighted to be back.

Back in January, Gemma ended up in tears as she fell on the ice during one of her routines.

She also clashed with judge Jason, who she accused of selling stories about her.

Jason hit back, claiming that Gemma was trying to ‘defame his character’.

The likes of Michael Barrymore, Joe Swash, Love Island’s Maura Higgins and Corrie’s Lisa George are in the new series, while Ray Quinn is back for the Christmas special.