Millions of us watched in horror as Gemma Collins fell flat on her face during her Dancing On Ice performance on Sunday.

The controversial contestant battled through the rest of the show, despite her obvious upset and embarrassment.

But it seems the GC bruised more than her ego, as she has been forced to use her mum's wheelchair since the accident.

"The swelling around her thighs and knees is horrific, and she’s black and blue all over.

Read more: Gemma Collins' boyfriend feared she was unconscious and 'lost some teeth' after DOI fall

"She's struggling to walk so I had to carry her to the car earlier, and she's been using Joan's wheelchair on and off all day because she's in so much pain. 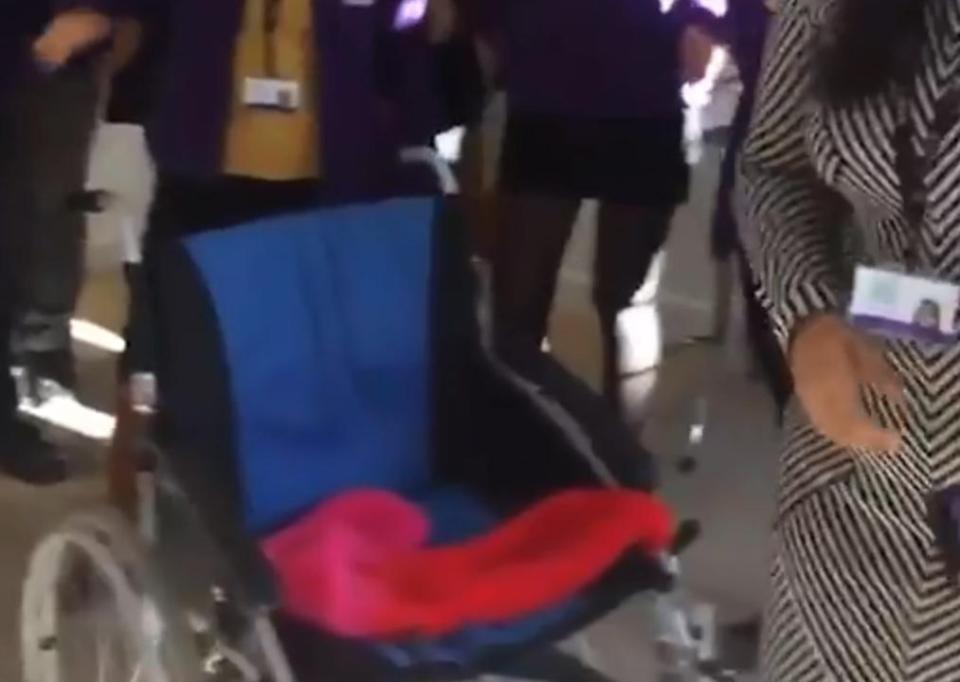 She's struggling to walk so I had to carry her to the car earlier, and she's been using Joan's wheelchair.

"It will be her worst nightmare if she's forced to pull out of the show."
Gemma, 37, was forced to miss rehearsals for next weekend's show yesterday after consulting with the programme's physio.
Mirror Online published pictures of her being pushed into a wheelchair by Arg, but she appeared to be in good spirits as he helped her hobble into a pal's home. 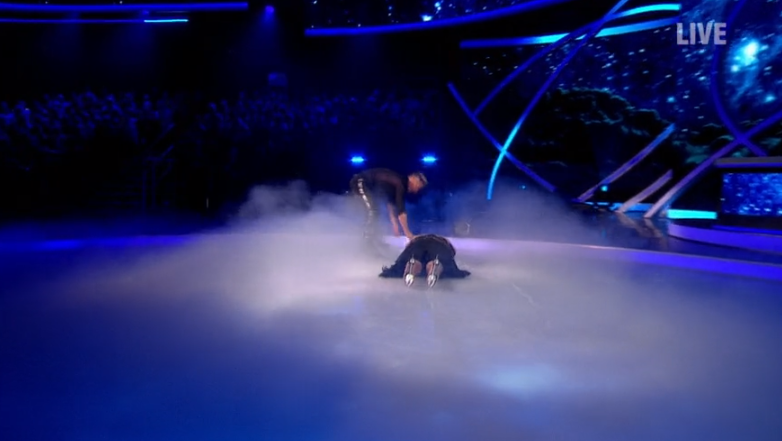 Down on the ice (Credit: ITV)

Read more: Odds slashed on Gemma Collins to win
The TOWIE star took an unplanned dive on the ice during her routine to Celine Dion's It's All Coming Back To Me Now.
Partner Matt Evers helped her to her feet and Gem fought back tears as the judges delivered her highest scores of the series so far.
It's yet to be confirmed whether Gemma will be fit to perform on Sunday.

Would you miss Gemma is she was forced to skip DOI on Sunday? Leave us a comment on our Facebook page @EntertainmentDailyFix and let us know what you think.