John Barrowman managed to accidentally slap his co-judge Ashley Banjo right on the nose during last night's Dancing On Ice. The judging panel awarded them an impressive 33.5 and when it was John's turn to offer critique, he praised their use of the tunnel and called the performance "hot" and "sexy".

He said: "I don't think that tunnel has been used in that way ever before! It was sexy, it was hot, and as I said to Ashley during the performance, 'You nasty. You nasty!'"

But he had one negative to add, so he stood up to do a demonstration and better illustrate his point. 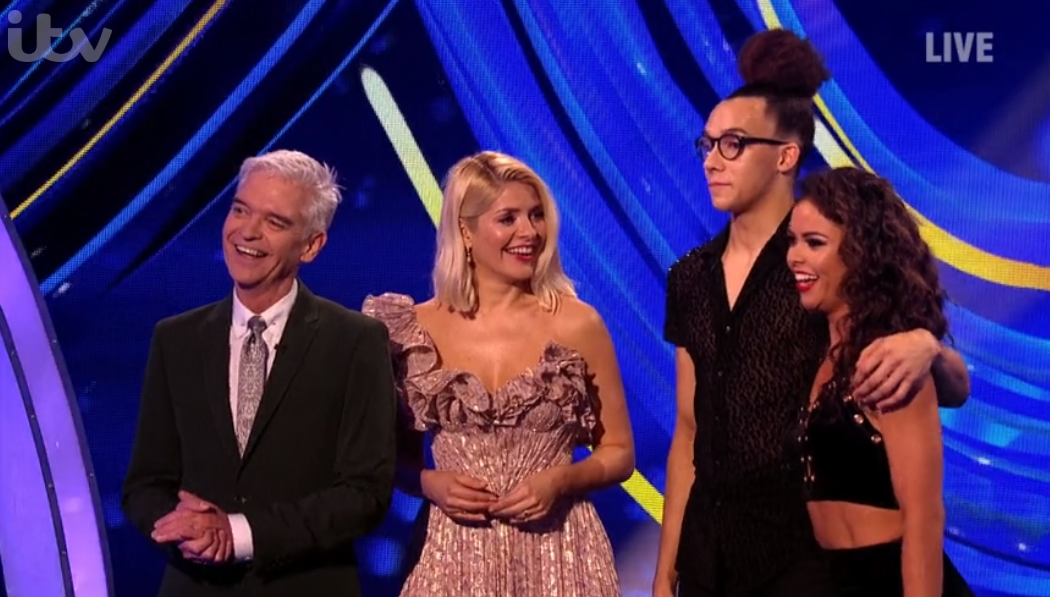 "Listen, but I am going to call you on one thing," John continued. "I would have given you higher, but this is a problem."

Rising from his seat, John hunched his shoulders forward, flung his arms out to his sides - and knocked his hand on Ashley's face.

As Ashley clutched his nose, John looked concerned and asked: "Are you alright?"

"I'm alright," the Diversity dancer insisted. "You carry on."

John went on, speaking to Perri and Vanessa: "You're hunching over and your arms are doing that. Pull this chest out, get it up, roll the shoulders back and it'll be much better."

Still worried about Ashley, John asked as he sat down: "Are you okay?"

"I'm fine!" Ashley insisted, although he still sat jokingly pinching his nose and holding his head back. 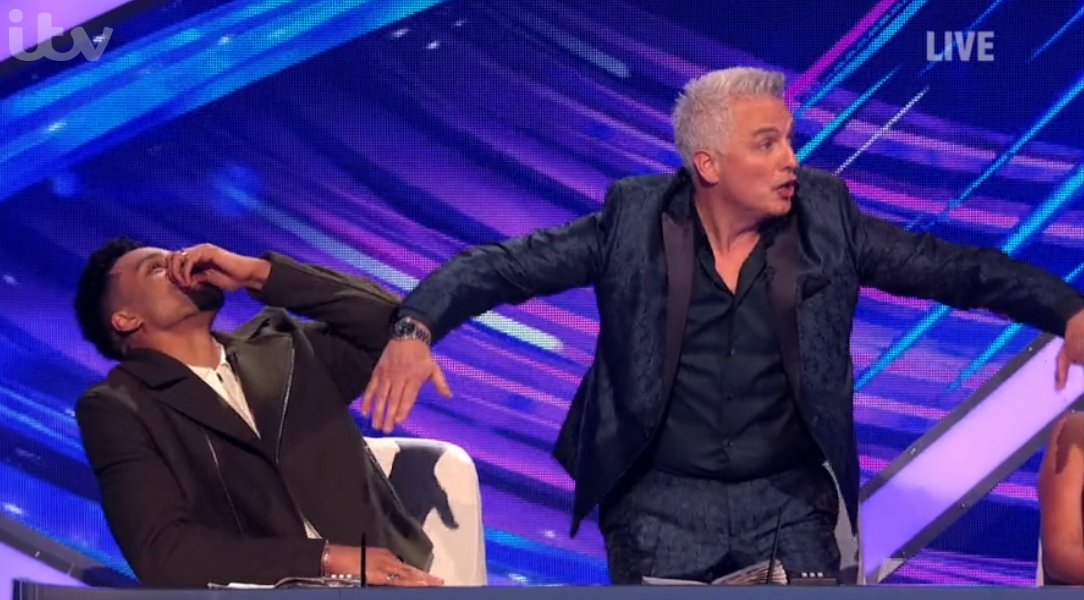 She was up against Radzi Chinyanganya and, after both performances were up, the judges decided to save Caprice - making Radzi and his partner Jess Hatfield the third couple eliminated.