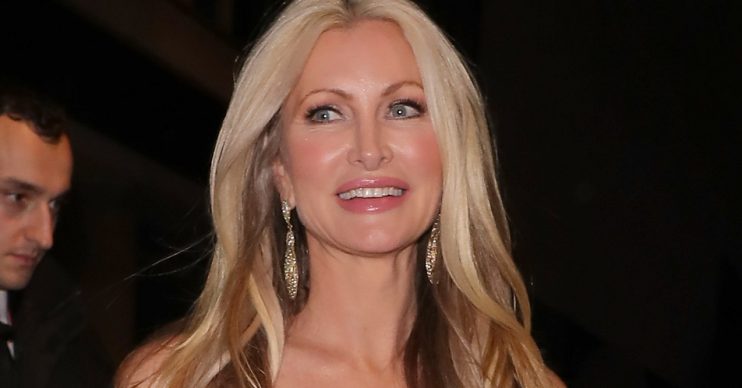 It's spiced up their home life

Supermodel Caprice Bourret has revealed she has lost a STONE while training for Dancing On Ice – apparently leading to an extended honeymoon period with her new hubby.

Confirming her reported marriage to financier Ty Comfort – with whom she shares two sons, Jax and Jett – Caprice told The Sun the change to her figure has certainly been noticed by her man.

She is reported to have told the tabloid: “He just wants me to be naked all the time. I haven’t had that since we first started dating, so it feels pretty good.

“We haven’t seen as much of each other as we normally do because of the long hours of training. But we see plenty of each other at night, and that’s all that matters anyway.”

Finished filming the Xmas special @dancingonice @itv and wow it is incredible but by the end I think I lost the plot … long hours got to studio at 9am and finished 11.30 pm… btw love my girls to bits @libby.clegg @lucreziaitv … we have the best contestants on the show love every minute ❤️

And reflecting on their decision to wed ‘in secret’, Caprice added: “It felt so natural to take it to the next level and get married. We’ve got such a good relationship. I never thought we’d do it so quickly but we just thought, ‘Why not?’ And we just did it privately.”

The Playboy pin up also admitted a recent photoshoot was among the first she had done for years.

We haven’t seen as much of each other as we normally do because of the long hours of training.

She noted she has been “too self-conscious” about her body, which she believes “went to [bleep]” after having kids.

California-born Caprice, 48, will pair up with skating pro Hamish Gaman, who she has described on social media as “the best” for the new series.

Michael Barrymore was due to make his TV comeback on the show but was forced to withdraw after breaking his wrist. He has been replaced by Blue Peter presenter Radzi Chinyanganya.

The 2020 series will also see John Barrowman join Torvill and Dean and Ashley Banjo on the judging panel.