Pro dancer Neil Jones has called for Dancing On Ice bosses to make series 11 winner James Jordan a judge on the show.

The Strictly Come Dancing star, 37, took to social media to call for James - who was a pro on Strictly from 2006 to 2013 - to replace ex judge Jason Gardiner.

Neil wrote on twitter: "I'm just going to put it out there... I think @The_JamesJordan should be the new judge on @dancingonice." 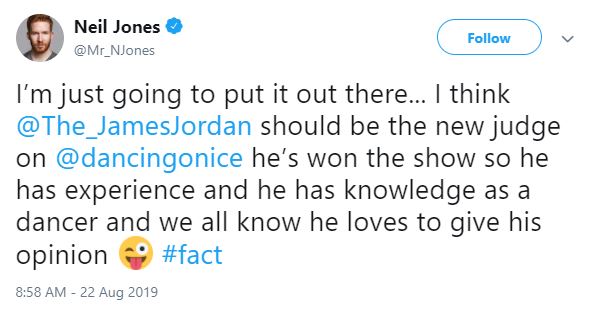 "He's won the show so he has experience and he has knowledge as a dancer and we all know he loves to give his opinion #fact."

Some Dancing On Ice fans were quick to throw their weight behind the idea.

I think James Jordan should be the new judge on Dancing On Ice.

Another wrote: "Agree, and I think he would be entertaining too and give a fair judgement on the dances."

A third replied: "Perfect idea, he would be a great judge x."

But others weren't so keen on the idea of James joining the DOI line-up permanently.

One tweeted: "No thanks! Don't you need knowledge of ice skating? Something he doesn't have."

Someone else said: "Noooo can't stand him, don't spoil a good program."

Another joked that James must be holding Neil hostage, writing: "Is he holding you hostage, Neil? Will get help, stay strong!"

Jason Gardiner, 47, announced he's quit Dancing On Ice as a judge on Wednesday (21.08.19) with a video shared to his Instagram.

In the clip, he said: "After all these years I feel it's time for me to say goodbye to my judging role and return to things I have been putting on the back burner for a while. 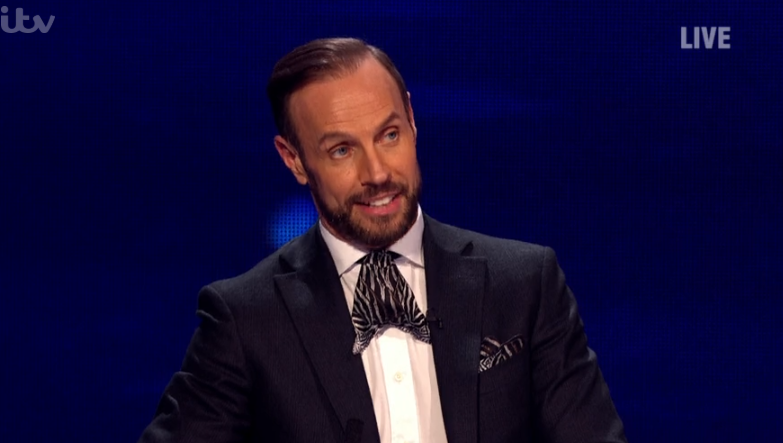 "To all of my DOI fans, I really thank you for your support and encouragement over the years, I know we've gone through some controversies and I'm grateful you got my unique judging style and honesty.

"It's because of you I never cowered or shied away from serving up the truth."

It follows reports earlier this month that ITV bosses were secretly trying to find a replacement judge for Jason ahead of January's series.