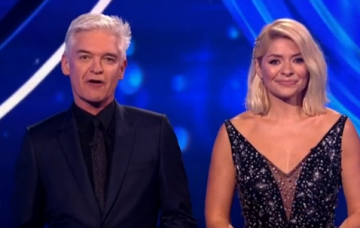 Holly Willoughby is celebrating her 38th birthday by presenting Dancing On Ice, and fans are a little concerned about her.

As the host opened the show she sounded a little hoarse – like she’s not too well – or she’s had a hard night.

The star looked stunning in a black sparkling gown, as Phil wished her a happy birthday live on air.

But has she been celebrating a little too hard – or is she actually a little ill?

Fans are worried she’s not too good and are feeling sorry for her having to work on her birthday.

Taking to Twitter to express their concerns, one commented: “Aww, feel sorry for her,” while another added: “Holly Willoughby looks shattered.”

#DancingOnIce holly doesn't look her usual self tonight?? She seems nervous and tense

holly sounds ill, it’s her birthday, and she’s spent a few hours travelling… no one can say that girl doesn’t work hard #DancingOnIce

Holly has been celebrating with her family at Chewton Glen Hotel and Spa over the weekend.

Many fans were in praise of her though, loving her look.

What did you think of Holly? Leave us a comment on our Facebook page @EntertainmentDailyFix and let us know what you think!