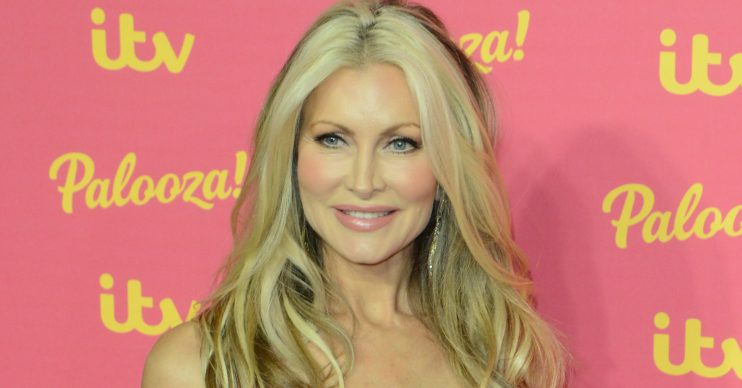 Dancing On Ice: Caprice ‘vows to tell all’ about Hamish split when she leaves the show

However, model Caprice has reportedly vowed to spill the beans once she’s booted off the ITV show.

Caprice had hinted of drama between the pair before they parted ways and, last weekend, she returned to the ice with new partner Oscar Peters.

Sources have revealed that “something happened” and mum-of-two Caprice is prepared to reveal all once she hangs up her skates.

They told The Sun: “Something happened – Caprice can’t talk about it because she’s on the show but she will.”

The source added Caprice is maintaining a dignified silence on the matter because she wants to keep it “professional”.

They added: “She desperately wants to get her side across and reveal what happened but until she’s off the show it’s business as usual. She’s keeping it professional.”

ITV had previously denied that Caprice was “bullied” by pro skater Hamish.

A spokesperson said: “We take allegations of bullying very seriously but found no evidence on Dancing On Ice and strongly refute any suggestion to the contrary.”

Returning to the ice on Sunday (January 26), Caprice admitted to feeling a little rusty and admitted her week off had meant she had taken “10 steps back”.

Something happened – Caprice can’t talk about it because she’s on the show but she will.

The studio audience didn’t exactly welcome Caprice back with open arms, with some booing the star.

While she didn’t fare much better with those watching at home.

After ending up in the skate off, she was saved by the judges, with some viewers branding them “scared” to send the star home following the controversy.

“I must’ve been watching another skate off,” said one viewer as the judges voted to save Caprice.

“What a joke. Caprice? Are you serious?” another said.

However, defending the model, pro skater Matt Evers revealed that he thought saving Caprice was the right decision.

He said: “With Caprice I think the public are not behind her at the minute, so I think it was probably the right decision for the skate off.”

Elsewhere on the show, John Barrowman gave co-judge Ashley Banjo a shock when he accidentally hit him in the face.