Dog trainer Ashleigh Butler has talked about the devastating final moment she spent with her late pooch and Britain's Got Talent co-star Pudsey.

The 24-year-old is back on our screens for BGT: The Champions this Saturday (31.08.19), when she will open up about the day she said goodbye to her beloved dog.

I can't honestly believe I am writing these words. My handsome man has gone, and I don't know what to do without him. My heart is broken, and I don't know how I'm going to get through this. It hurts so much, that my handsome, incredible Pudsey Bear will never be by my side, where he belongs, again. We only had 11 years together, but they were the best years ever. He was my one in a billion dog that will never be replaced. I don't need to write all of his endless accomplishments on here to prove how incredible he was for me. Sleep tight my handsome man, I love you lots xxxx

Read more: First clip of Britain's Got Talent: The Champions is shown on Good Morning Britain

Warning: Spoilers ahead for BGT: The Champions

During her grand return to the talent competition, Ashleigh will reveal of Pudsey's last moments alive: "He looked at me and nodded his head. That was him saying goodbye."

The pair took BGT by storm in 2012 when they featured as dog trick double act Ashleigh and Pudsey.

They made it to the final and eventually won, beating acts such as opera duo Jonathan and Charlotte and choir Only Boys Aloud to the number-one spot. 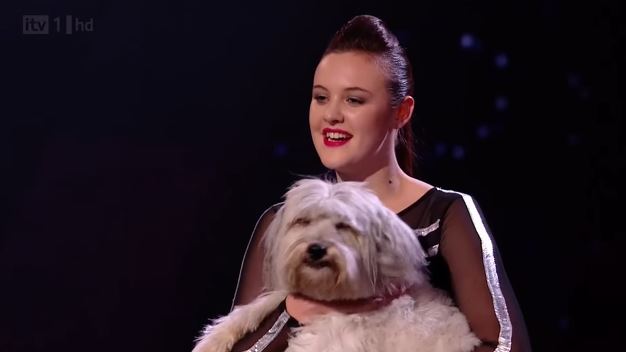 In BGT: The Champions, Ashleigh will try to impress judges Simon Cowell, Alesha Dixon, David Walliams and Amanda Holden while dressed as Mary Poppins as she performs alongside a new dog.

That was him saying goodbye.

Sully - a Border collie, poodle and Chinese crested powderpuff cross - was "like a brother to Pudsey", Ashleigh says, as reported by Metro.

She adds: "To go back and win Champions with Sully would be everything."

Former acts set to appear on the show's Champions edition include singers Paul Potts and Connie Talbot and dance troupe Boogie Storm, in addition to international superstars such as Bad Salsa, from India's Got Talent, and The Sacred Riana, of Asia's Got Talent.

One notable absence will be BGT's Susan Boyle, who won't be appearing on the programme.

During an interview on Lorraine earlier this week, Simon Cowell explained exactly why the I Dreamed A Dream hitmaker isn't among the line-up.

He told Dan Wootton that SuBo, 58, would be missing the inaugural series of BGT: The Champions because she did the American version.

Simon explained: "I don't think she should have done it this year. She did AGT Champions. If this does well, we'll do it again next year and it will be an annual event."

Speaking further, he hinted that the Scottish singer could be on a future installment of the show by insisting it's important to "save something".