Viewers of Holby City have been left divided after Lofty Chiltern left the drama on Tuesday night (December 18).

The show aired a Casualty crossover as Max Walker and Robyn Miller both talked to Lofty about his future.

Fans of the show know Lofty and his husband Dom haven't had the easiest year. 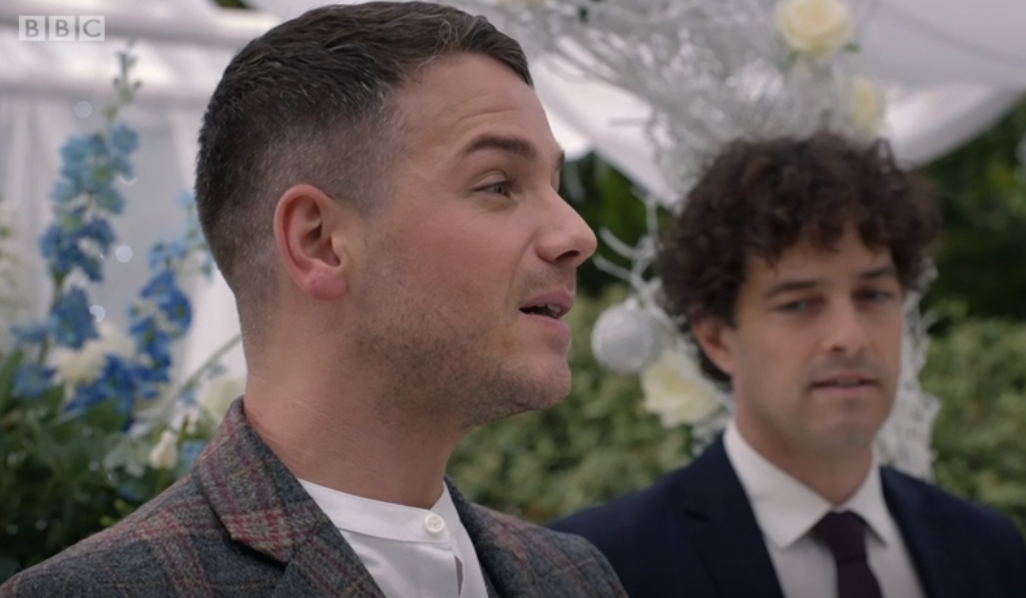 Lofty and Dom were going to renew their vows (Credit: BBC iPlayer)

After Lofty came back from travelling, it was revealed he had cheated on his husband with a woman named Helen, who fell pregnant with his child.

Recently Helen and Lofty lost their baby, who was stillborn, leaving both parents, and Dom too, devastated. 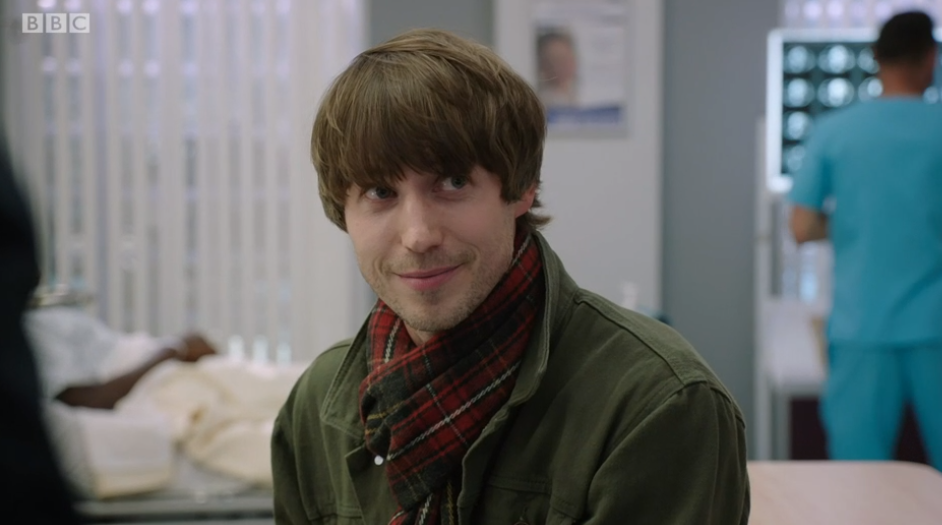 After everything, Lofty and Dom decided to renew their vows, but in last night's episode, Lofty was given food for thought about his relationship.

Lofty was visited by his friends from the Emergency Department, Casualty characters Max Walker and Robyn Miller. 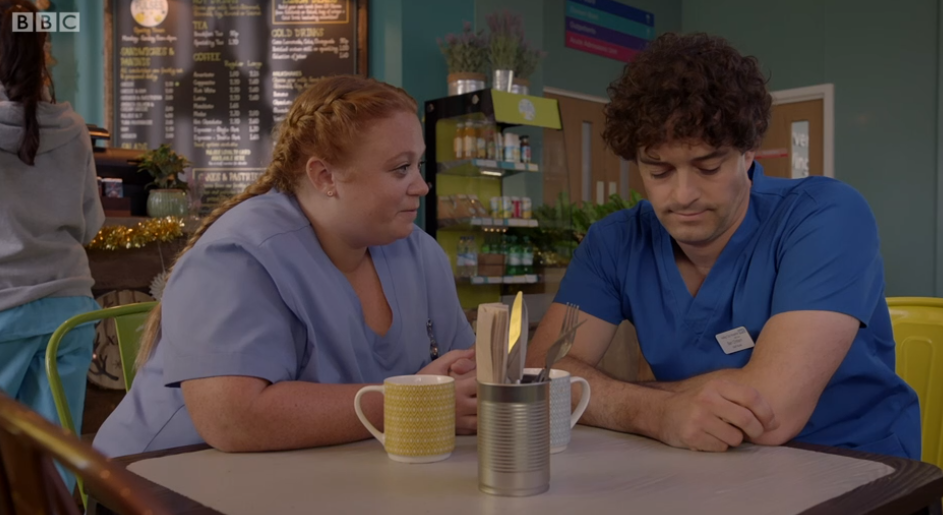 Robyn wanted Lofty to think about his future with Dom (Credit: BBC)

His catch up with Max left him debating whether he was happy with his life and after talking to Robyn too, Lofty realised that he wasn't.

However, Lofty didn't want to dump Dom after everything they'd been through, so instead, just as the ceremony was about to begin, Lofty stopped the celebrations and urged Dom to break up with him. 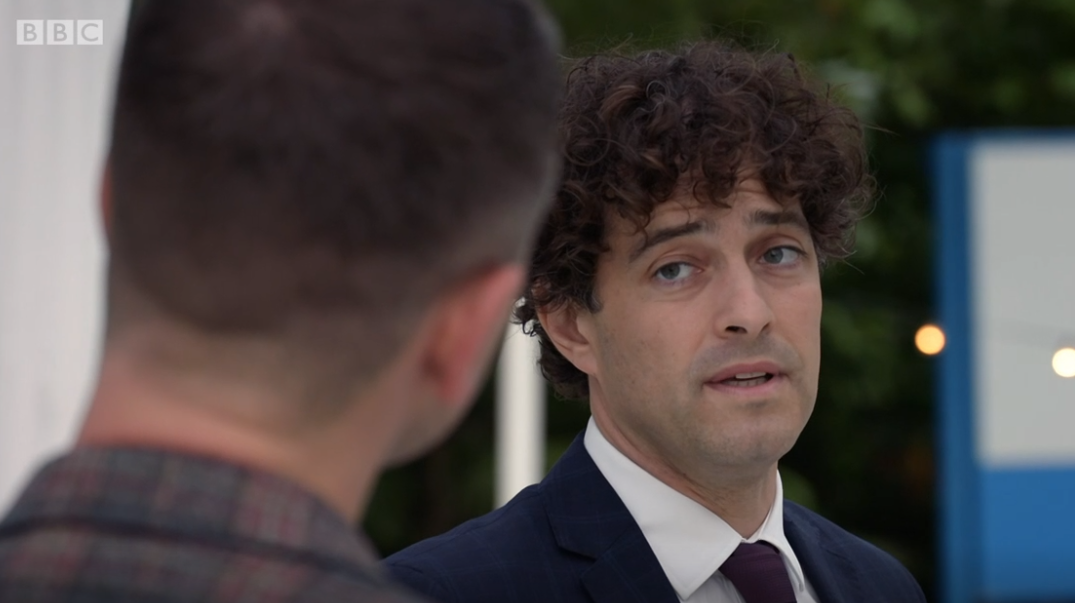 At first Dom wanted to fight for their marriage, but eventually he told his biological mum Ange and sister Chloe that he and Lofty were over.

After the ceremony, Dom accepted Lofty's decision and they ended their relationship.

Lofty later handed in his notice to Serena and told her he needed a fresh start. 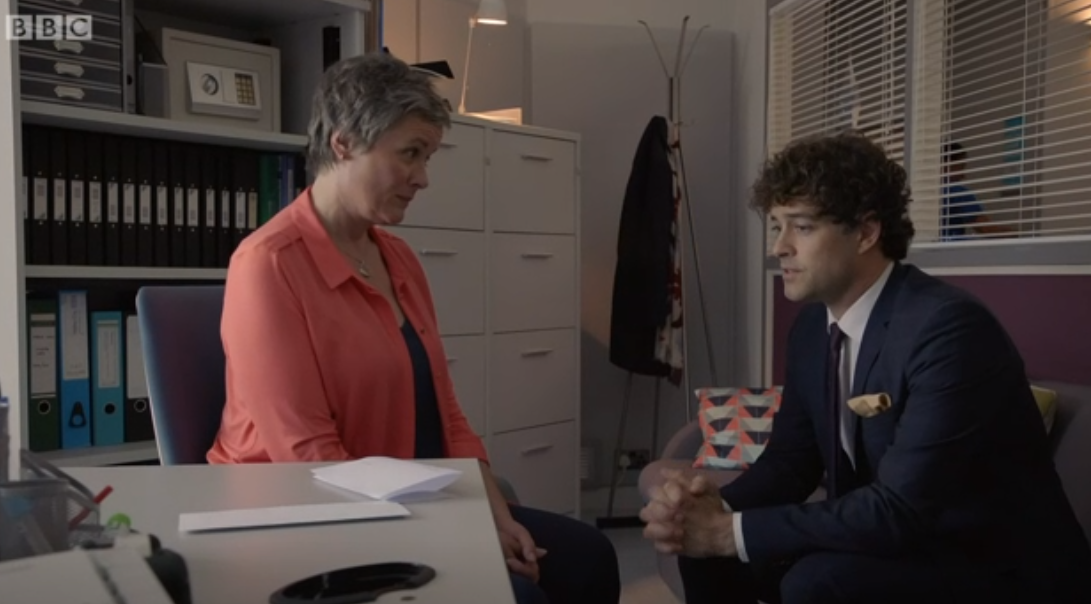 In his final scenes, Lofty's friends threw him a last-minute leaving party and he said his goodbyes to a heartbroken Dom.

His husband encouraged Lofty to carry on playing the saxophone and the pair reminisced over the good times they had. 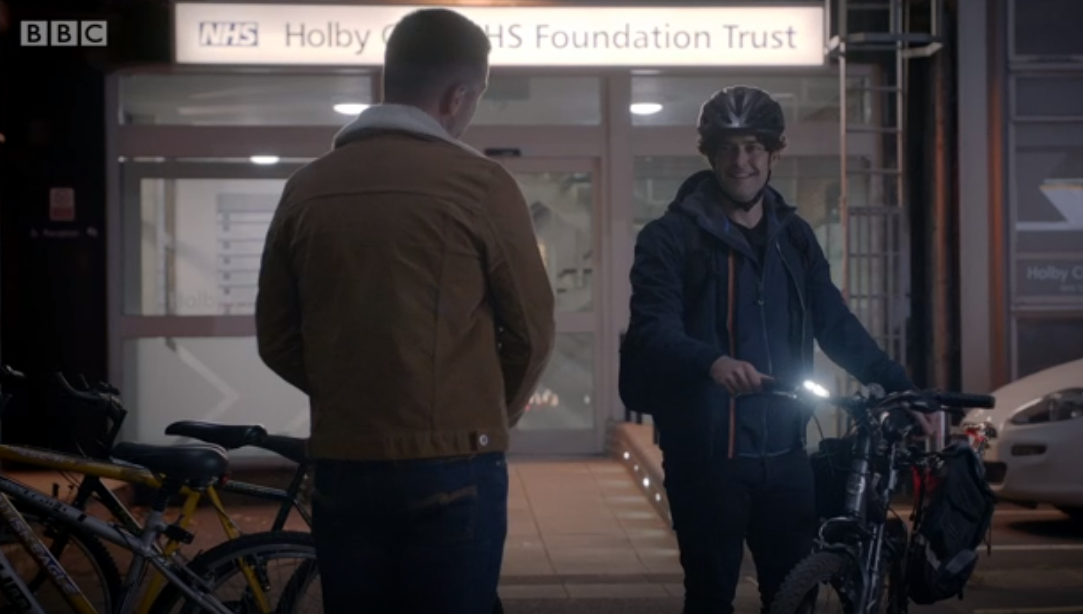 Dom was forced to watch Lofty cycle away, but viewers were left divided by Lofty's exit.

Some were sad to see him go.

But others were happy he was leaving.

Many felt Dom deserved better and it was a good thing Lofty was letting him move on.

Ahead of the episode, Lee Mead, who played Lofty, admitted he had "mixed feelings" about his time on Holby coming to an end.

Mixed emotions tonight. Last episode as Lofty. I have had the best five years on @BBCCasualty and @BBCHolbyCity. It’s been an absolute privilege to have been a part of these shows working with some amazingly talented and kind people. Here’s to the next chapter 😊

And after the episode had aired, he sent a message to thank everybody for their well wishes.

Reading all the tweets and messages from my last episode tonight. Bringing back some lovely memories of old episodes. Thank you. It’s an odd feeling to be leaving Lofty behind as he and the show have been a big part of my life. Feel so lucky to have played him though.