Lofty Chiltern and Helen experienced the horror of losing their baby last night, and Holby City viewers were in tears for them.

On Tuesday (November 19), Helen suffered a devastating stillbirth after she gave birth at just six months. 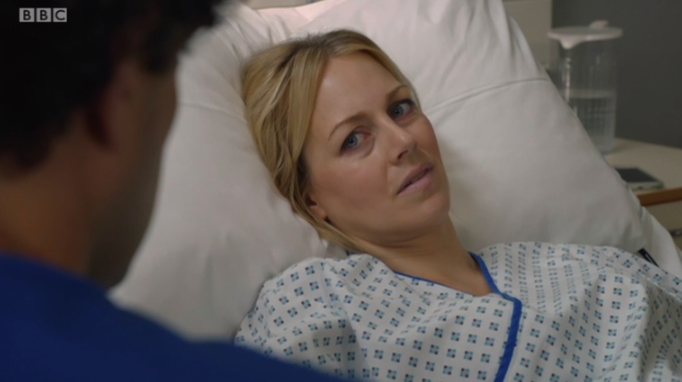 Lofty and Helen had to say an emotional goodbye to their baby (Credit: BBC)

Earlier in the episode, Helen looked forward to becoming a mum and hoped to start a new life with her holiday fling Lofty.

She told him she didn't want his husband Dom to be involved in the life of their baby and, confessing her love to him, asked Lofty to leave Dom for her instead.

This is horrible, I can't imagine what it's like to give birth to a stillborn baby.

Lofty tried to let Helen down gently, but became worried when she admitted she hadn't felt the baby kicking recently... 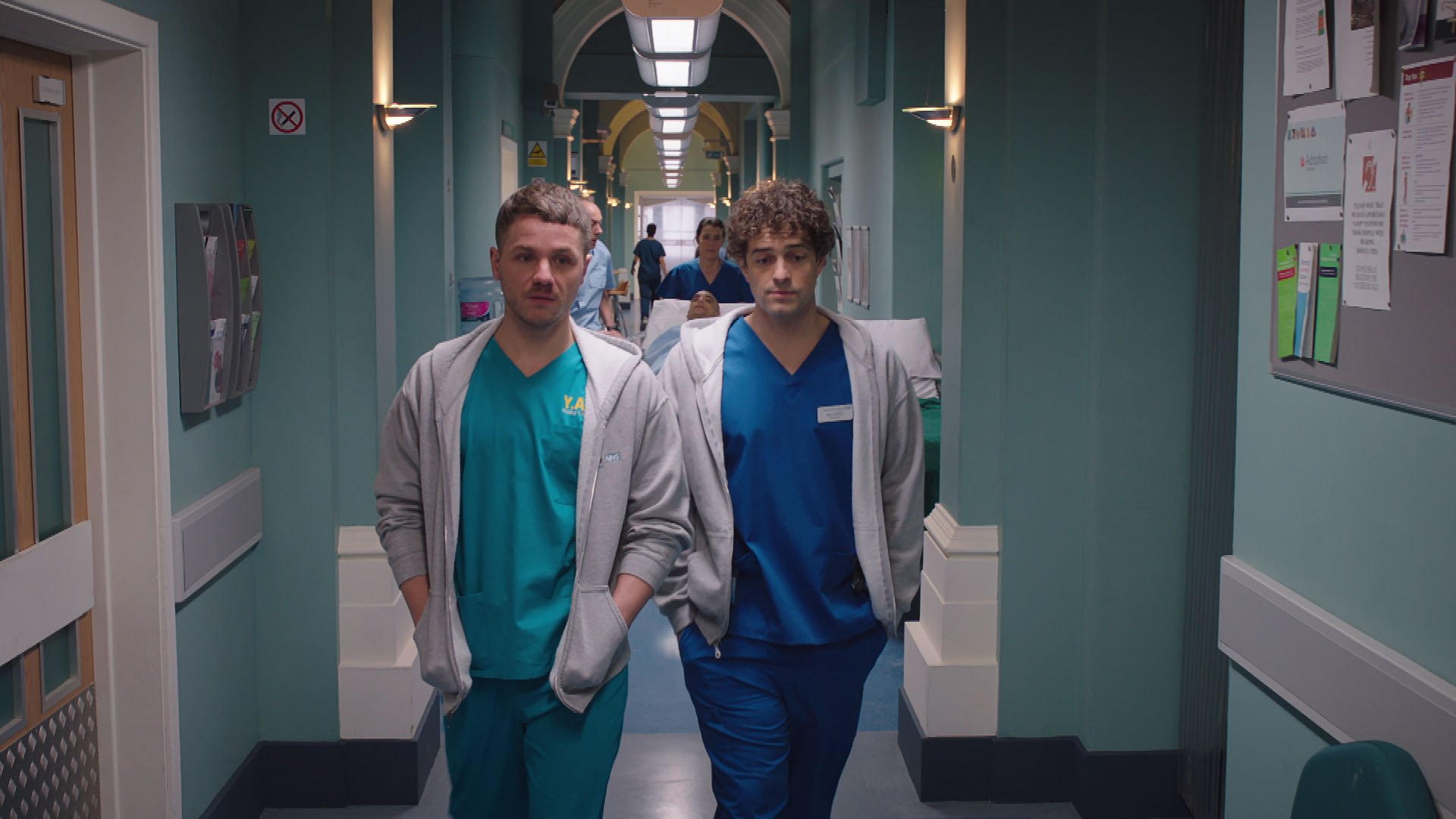 Dom and Lofty - aka Dofty - are one of Holby's most popular couples (Credit: BBC)

When Lofty rushed Helen back to the hospital for an emergency scan, consultant obstetrician Fleur Fanshawe delivered the gut-wrenching news that she couldn't track a heartbeat.

She said: "The baby has died. Everyone's here for you. We are all here to support you."

As Lofty and Helen dealt with their own heartbreak and said goodbye to their son, William, viewers were sobbing at home.

One wrote: "This is horrible, I can't imagine what it's like to give birth to a stillborn baby. It's bad enough having a miscarriage early on. How on earth do you get over it? So sad #HolbyCity."

💔 #HolbyCity got me in the guts tonight

This is horrible I can't imagine what its like to give birth to a still born baby its bad enough having a miscarriage early on how on earth do you get over it, so sad #HolbyCity

@BBCHolbyCity was really emotional tonight but was shown by some talented actors @leemeadofficial and @semadivad and the rest of the Holby cast.

Another said: "Holby City got me in the guts tonight."

"Holby City was really emotional tonight but was shown by some talented actors @leemeadofficial and @semadivad and the rest of the Holby cast," said one more.

Viewers know that Lofty had a holiday fling in America with Helen and had only recently come to terms with the fact she was carrying his baby.

For information and support about child bereavement, go to https://t.co/jxOIt41KeE #HolbyCity

In an interview with What's On TV, actor Lee Mead said: "Sadly, I have friends and family who've been through this and it's impossible to imagine what they must be feeling.

"For Lofty to have finally faced up to the fact he's going to be a dad, knowing the baby is on its way, then suddenly losing it, doesn't bear thinking about."

Simon Harper, executive producer of Holby City and Casualty, added: "The loss of the baby is terrible for Helen, and we also felt that the father's perspective is traditionally perhaps overlooked.

"Lofty and Dom's relationship gives us the chance to explore that. Lee, David and Verity all give beautifully pitched performances in a heartbreaking episode."

Did you watch Holby or the political debate? Let us know on our Facebook page @EntertaimentDailyFix.