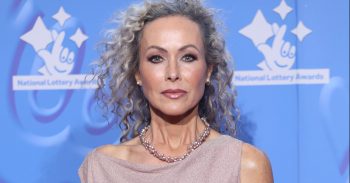 Casualty favourite Amanda Mealing has taken to Twitter to hit back at claims she is suffering from an eating disorder.

The 51-year-old actress, who plays Connie Beauchamp in the long-running BBC hospital drama, said: “I’m forced to address something I’d hoped not to. My weight.”

She added: “Luckily for some of you & your insensitivity I am not struggling with an eating disorder. I am in extreme & constant back pain and have been for nearly a year.”

The London-born star added of her gruelling schedule on Casualty: “Standing for 11 hrs a day takes its toll. End of.” 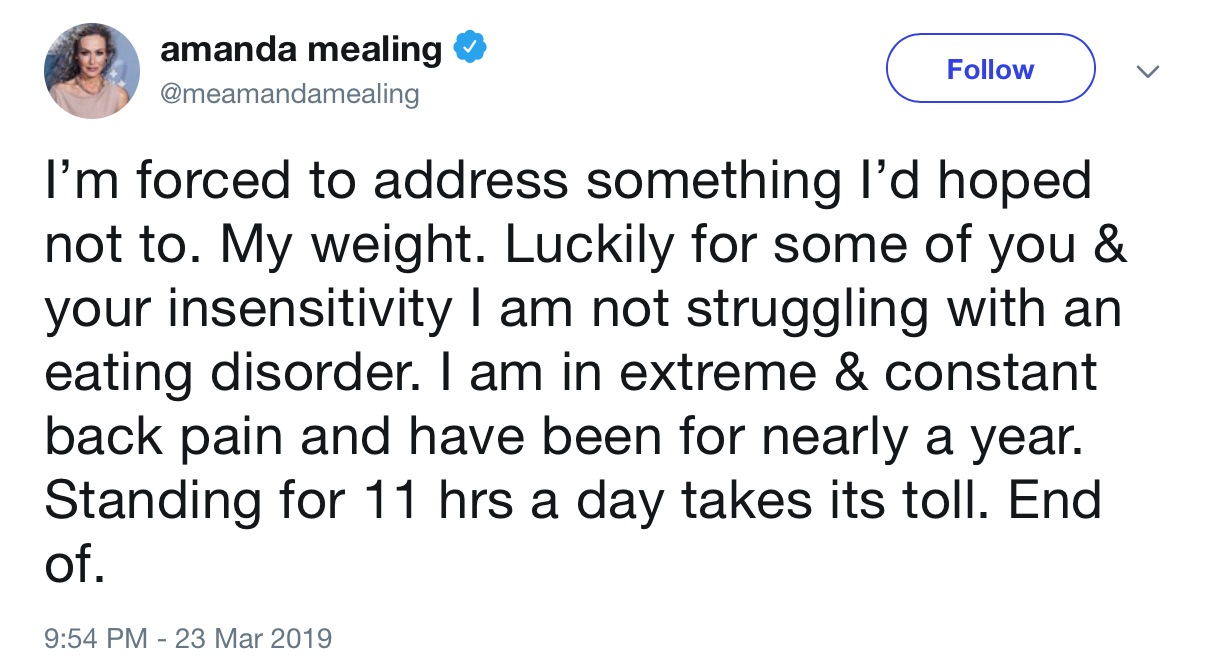 Fans immediately jumped to her defence, telling Amanda – who is mum to sons Milo, 20, and Otis, 17, with husband Richard Sainsbury – she was “beautiful inside and out” and that her weight was “no one’s business”.

Read more: Duffy has bad news for Charlie in Casualty

Her former co-star Paul Bradley, who played Elliot Hope on Holby City from 2005 to 2015, also offered his support.

The actor replied to Amanda’s tweet, saying: “Dearest Amanda I’m really sorry to hear that but not surprised. I hobbled about for a year and a half after Holby. It does take its toll. Love you x.”

Amanda’s on-screen alter ego has had a tough time of late. Connie was attacked by a deceased patient’s daughter, with fans fearing for the much-loved character after she fell down a flight of stairs and was left for dead.

However, Connie made a full recovery and, after appearing in the Casualty/Holby City crossover episodes earlier this month, has hinted that we may see her return to her “old friend” Holby, which she left in 2010.

“I didn’t realise how much I loved it, so we’ll see” she said of the show she left in 2010. “Do you know what, when I was there, I was walking around thinking, I’d like to come back. I love it there.”

What do you think of the criticism over Amanda’s weight? Leave us a comment on our Facebook page @EntertainmentDailyFix and let us know what you think!