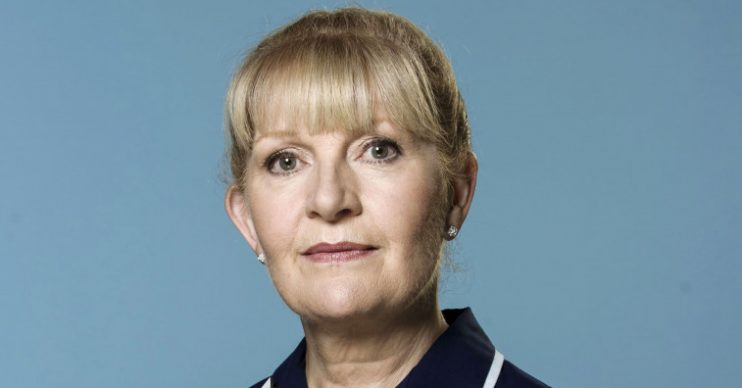 She has played Duffy for 33 years

The 62-year-old actress – who has played nurse Lisa ‘Duffy’ Fairhead since the show began in 1986 – will bow out of the medical drama early next year.

She has revealed that although she’s sad to leave, she has a “sense of completion” for her character’s journey.

Read more: Holby City’s Essie gets shock as she tries to adopt Isla

Cathy said in a statement: “Walking in Duffy’s shoes through the years has taught me so much, for which I’ll be forever grateful.

“I’m honoured and humbled to have played this inspiring woman.

“With sadness, but a sense of completion, l say goodbye.”

Over the years, Duffy has been involved in hard-hitting storylines including sexual assault, suicide, single parenthood and, most recently, her diagnosis with dementia.

And show bosses have paid tribute to Cathy’s “enormous contribution” to British TV over her 33-year tenure on the show.

Executive producer Simon Harper said: “Cathy’s enormous contribution has not just been to Casualty, but also to the national consciousness and the British Television Drama landscape.

“She has made Duffy into a comforting Saturday night icon, the caring, ideal NHS nurse millions grew up with – and whom you’d want to be looked after by in times of need.

“She’s given us some of our most unforgettable stories and moments, not least of late in her heart-rending dementia storyline, and I simply cannot thank her enough.”

When it was announced earlier this year that Duffy would be diagnosed with early-onset dementia, producers vowed to work with a number of “fantastic charities” to ensure they portrayed the disease accurately and sympathetically.

Simon said at the time: “We are mindful of telling them authentically and sensitively, which is why we are always so grateful to fantastic charities like Dementia UK, who give us invaluable advice.

“Depicting this cruel disease will help raise awareness, and Cathy is knocking it out of the park with her heart-breaking performance.”