Mums watching This Morning today with their small children may have been met by some very confused little faces.

Their kids would have heard Peppa Pig on the TV, but she was nowhere to be seen

Harley Bird, who is the voice behind the porcine star, appeared on the show to chat to Phil and Holly about her role.

She regaled the presenters with a story about a recent trip to Peppa Pig World, but left some viewers in stitches after making an innocent comment that in other circumstances could have a whole other meaning.

The 16-year-old - who has been Peppa for 11 years - said she sometimes "snorts and does lines" while walking around attraction. 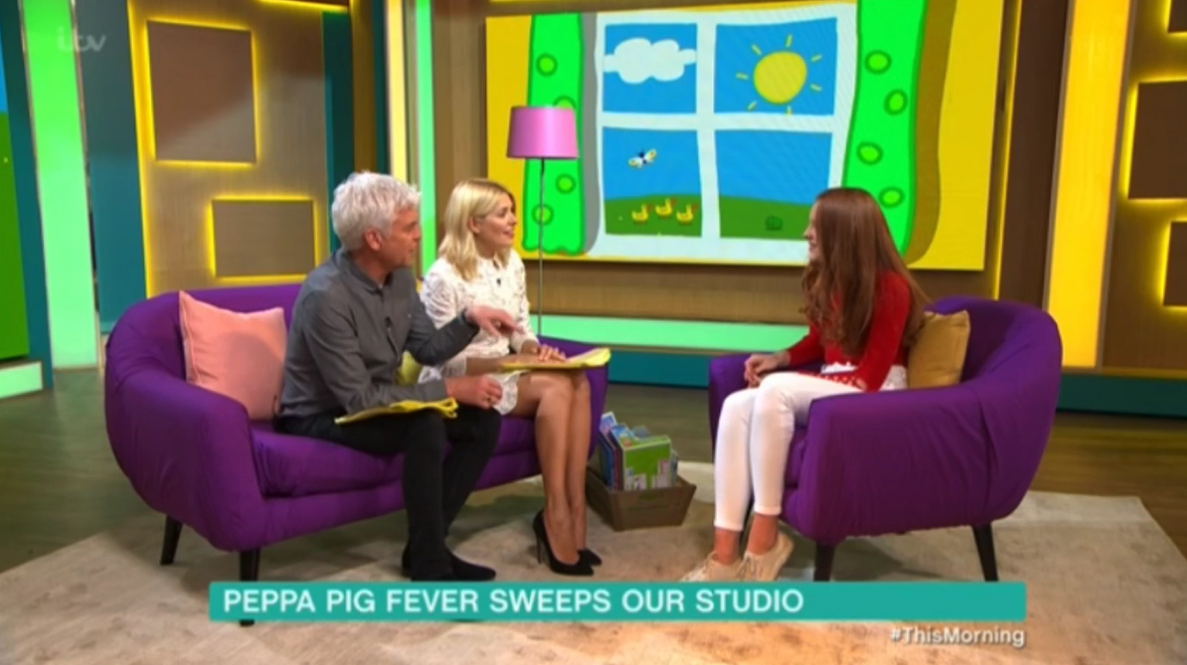 She was CLEARLY talking about doing the Peppa snort and repeating some of her character's most famous lines...

Phil had just asked her if she often gets recognised when out and about.

"I don't get recognised when I'm walking around but sometimes if I'm speaking," she replied.

"Or if you snort," Holly Willoughby quipped.

"Yes, I do that around Peppa Pig World," Harley said. "Just going around the park, me and my brother snorting and doing some lines."

Did she really say 'me and my brother were snorting and doing some lines?'

You can see why some cheeky wags chose to point out the innocent slip-up. Tsssk, let's just hope Mummy Pig doesn't catch wind. 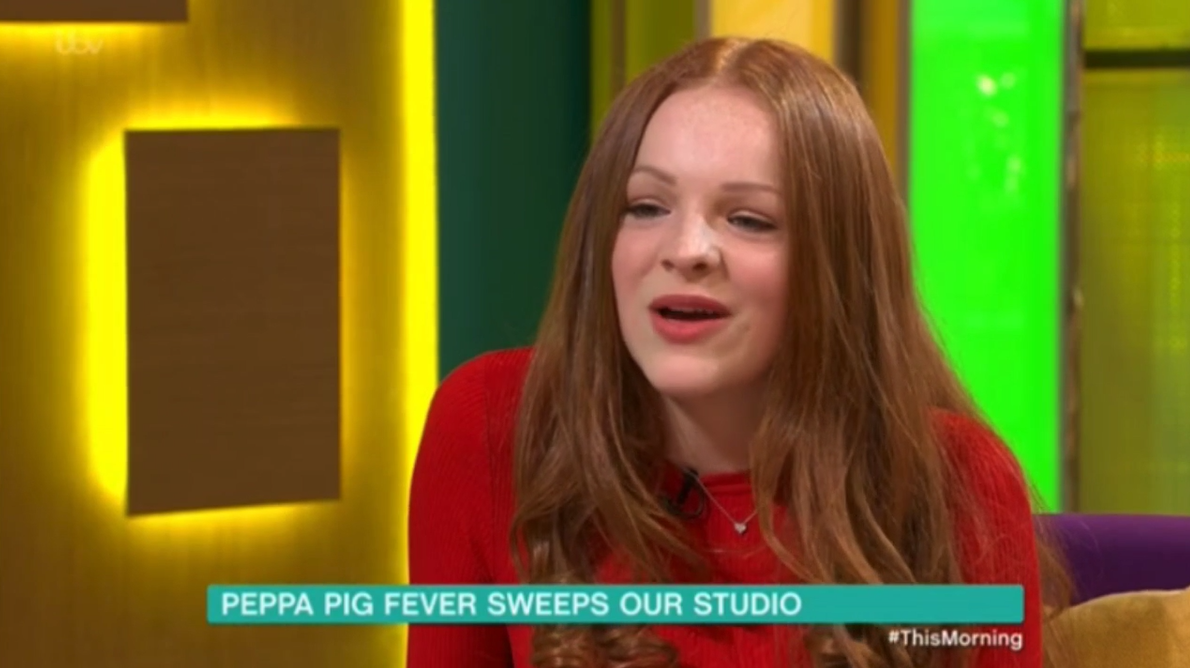 One person tweeted: "Did she really say 'me and my brother were snorting and doing some lines?'"

We now know what Peppa Pig likes to get up to at the weekend😂😂 #ThisMorning #PeppaPig pic.twitter.com/DPWygLLsR9

Elsewhere in the interview, the delightfully charming Harley opened up about what it's like to be the voice of one of the most popular cartoon characters in the world.

Harley told the presenters that she first auditioned for the role when she was just five.

“[The producers] used to read the lines out to me and I would copy them back," she explained.

"I’ve done Peppa for 11 years now, I understand the character, how she speaks and how she would do things." 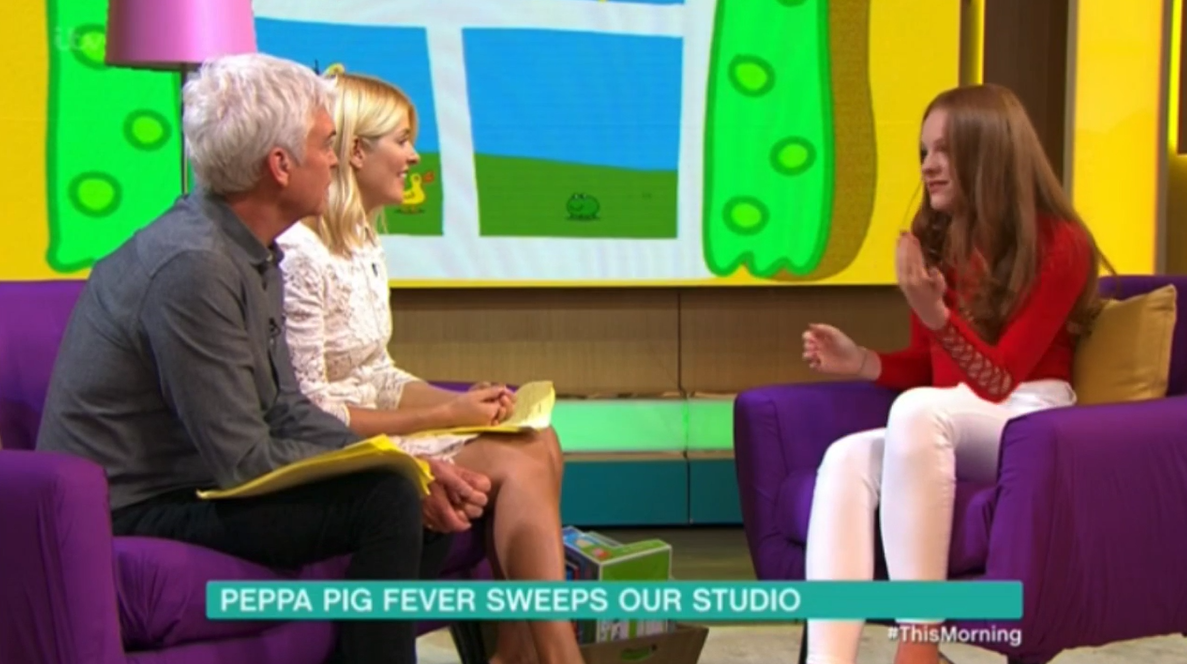 Harley has been the voice of Peppa Pig for 11 years (Credit: ITV)

"I have to change voices… I have managed to keep it the same throughout… you have to act through it," she added.

Harley explained that she has her GCSEs coming up, so she's just trying to "balance everything out".

The interview concluded with Harley wrapping up the show for viewers using the Peppa Pig voice.

When you find yourself on #PeppaPig's hill, and the sun is shining ☀️@hollywills @Schofe pic.twitter.com/0V78DAMyED

"Hello!" she said. "I hope you've had a lovely show and I hope you've enjoyed it," before giving a little giggle and, of course, a snort.

What were your kids' favourite TV shows? Leave us a comment on our Facebook page @EntertainmentDailyFix and let us know what you think!