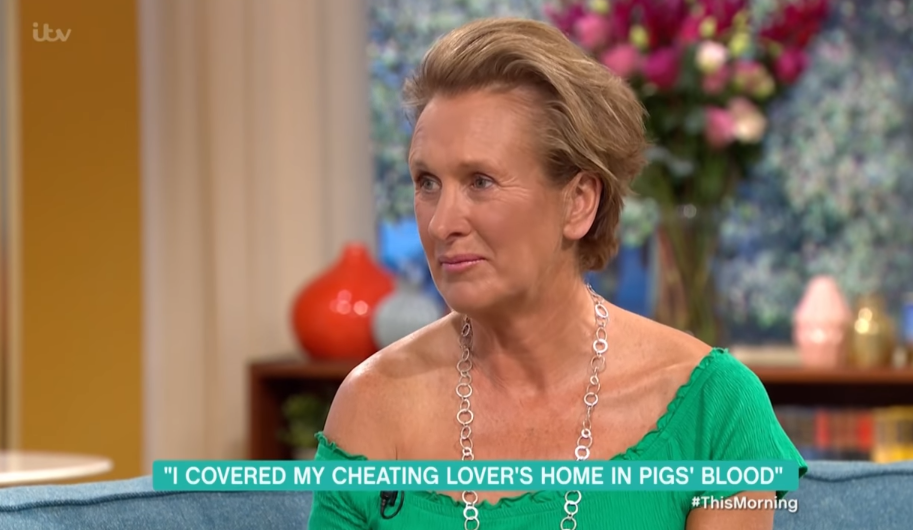 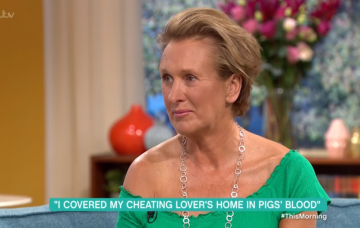 This Morning viewers were left gobsmacked as a woman admitted getting revenge on her ex-lover by covering his home in pig’s blood.

Lizzie said she and former partner David Prior had been together for eight years before he broke it off, saying he was “too busy” to be in a relationship.

Following their split, Lizzie believed he had been having an affair with someone else during their relationship and decided to come up with a fitting punishment for him.

Lizzie recalled how she carried eight litres of blood in a suitcase after getting it from her local butcher.

She said: “He’s a lovely local butcher. I told him I was doing a re-enactment of Macbeth for the Women’s Institute.”

Lizzie revealed she headed to David’s  home and spilled the blood up the steps of his house, on the walls inside and all over his bed.

Explaining why she chose to use pig’s blood, Lizzie said: “My brothers used to torture me by locking me in a pen with my father’s pigs. I was terrified of them.

“[And] David loved pigs. He loved them.”

The show then revealed photos of the carnage Lizzie caused inside his home.

Speaking about her antics, Lizze said, laughing: “I thought it was absolutely hilarious… I danced around the room with my paintbrush. I think I was probably a bit mad at the time.”

Lizzie pleaded guilty to criminal damage and had to serve 120 hours of community service, she also received a fine and has a restraining order against her.

When asked if she feels any remorse for what she did, Lizzie admitted: “Remorse for my poor children who say I’m an absolute mad monster, but actually personally? No remorse, no.”

“So that expression ‘revenge is sweet’ – did it feel sweet?” Ruth asked. 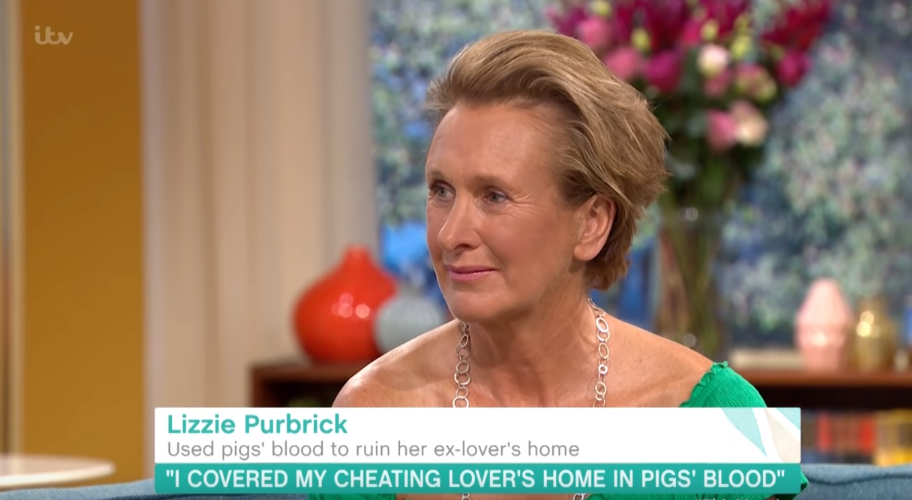 “Yes! Afraid so,” Lizzie replied. “Some deeds require action, and this one did. His action, not mine.”

Many viewers didn’t approve of Lizzie’s actions and shared their thoughts on Twitter.

Meanwhile, some people praised Lizzie with one person branding her a “legend”.

Have you ever taken revenge on an ex? Leave us a comment on our Facebook page @EntertainmentDailyFix and let us know!