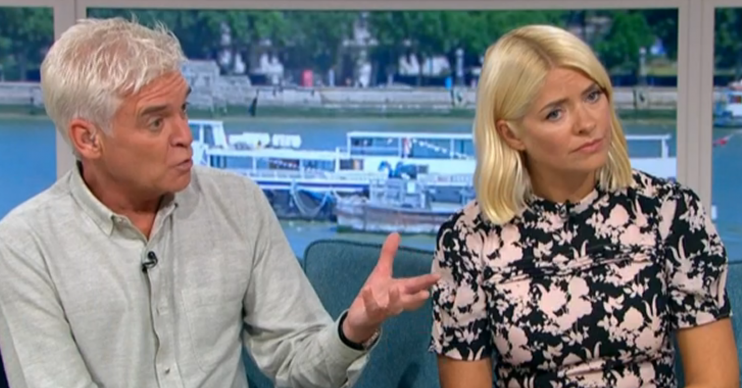 After dropping her son Chester off for his first day of school, Holly Willoughby hot-footed it over to the This Morning studios where she returned to our screens following her summer break.

Holly and her co-host Phillip Schofield have been living it up over the summer, holidaying together in Portugal.

Their famous pal Declan Donnelly – who joined them on the jaunt – even joked that ITV forced the pair to holiday together once a year.

However, today (September 2) it was back to business for Holly and Phil, as they took the helm of the ITV morning show.

And to say viewers were pleased to have them back would be an understatement.

After Holly posted a picture of herself in her gorgeous Oasis minidress, one follower commented: “So glad you and Phil are back – never the same without you pair.”

Others echoed the same sentiment. One posted: “Great to have you back on This Morning.”

Another added: “Way too excited you’re back.”

And it was clear Schofe was feeling the same, with the official This Morning Twitter account posting a clip of the presenter throwing his arms in the air at the top of the show.

Viewers were quick to comment on the video, with one saying it was “so good” to have the popular pair back on our screens.

Welcome back guys 😁 have missed you both 😘

They also posted a video of the pair arriving back at the studios fresh from their holidays, complete with Love Island-style suitcases with their names on.

Viewers commented that they were “thrilled” and had “missed” the pair and that it was “soooooo good” to have them back.

8 minutes in, hysterical already. Oh how I’ve missed these two!

Holly and Phil looked tanned as they took their seats on the sofa, sun-kissed from their breaks, which saw Holly share a gorgeous picture of herself wearing a white one-piece swimsuit.

Are you glad they’re back? Head to our Facebook page @EntertainmentDailyFix and let us know!