Eamonn Holmes clashed with Ruth Langsford straight off the bat on This Morning in a disagreement about dating younger people.

On today's (13.09.19) episode, the co-hosts were introducing the upcoming segments and told viewers they would be discussing an 83-year-old woman who is currently looking for a much younger partner.

They explained that the so-called 'cougar gran' wanted a man below the age of 65. Eamonn thought the story would be different if it was an older man after a younger woman (Credit: ITV)

Ruth, 59, then quipped that Eamonn, also 59, might be in with a chance. Taking the joke on the chin, Eamonn said he wondered how the story would be viewed if it was "the other way around", with an 83-year-old man looking for a younger girlfriend.

He insisted the man would be considered "a pervert" but Ruth quickly cut across him, telling Eamonn he was talking "nonsense" and "nobody would bat an eyelid" as there were loads of men with much younger girlfriends.

She gave him a serious frown, clearly disapproving of what he had said, and Eamonn said he must have "touched a nerve". 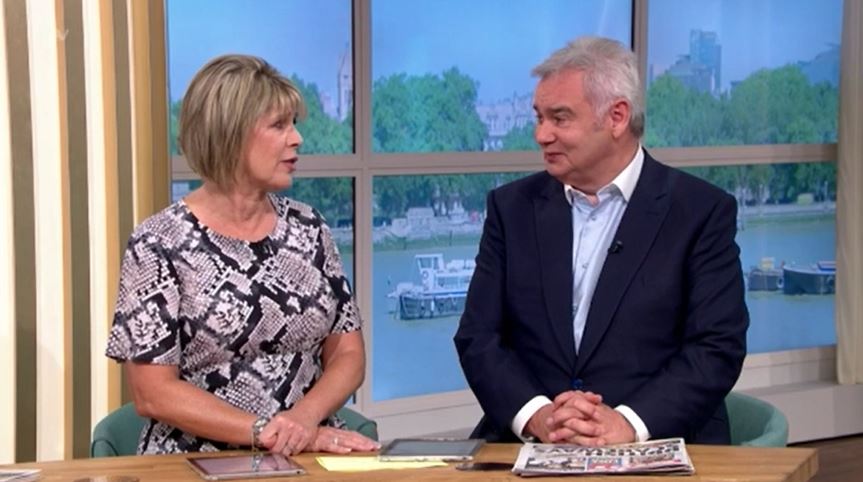 They quickly moved on to the other segments on today's programme, including a chat with Coronation Street actress Sue Cleaver, who plays Weatherfield's Eileen Grimshaw, and a story about one woman whose child was told off by a complete stranger.

Eamonn and Ruth are standing in, as they do every Friday, for regular hosts Phillip Schofield and Holly Willoughby.

Yesterday, the presenters were at Highclere Castle in Hampshire for a Downton Abbey special. 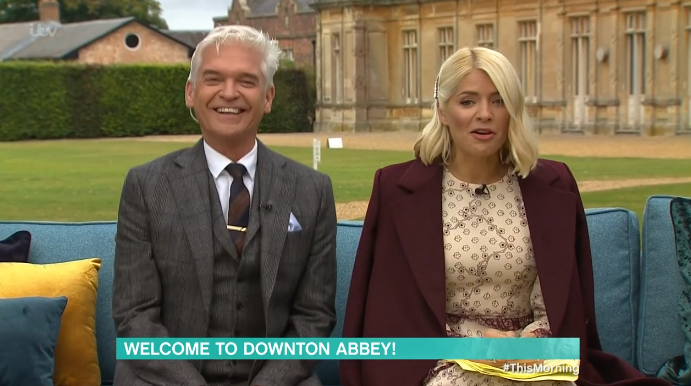 The show broadcast from the real-life Downton Abbey this week (Credit: ITV)

Holly was clearly delighted as she and Phil sat on the This Morning sofa in the grounds of of the country house, where the popular period drama was filmed.

They revealed early on that the entire show would be filled with Downton content - from a section about old-fashioned manners and vintage fashion to conversations with the cast of the upcoming Downton movie and even a scone-making cooking segment.

But not everyone was happy about the Downton focus, with some branding it 'overkill'.