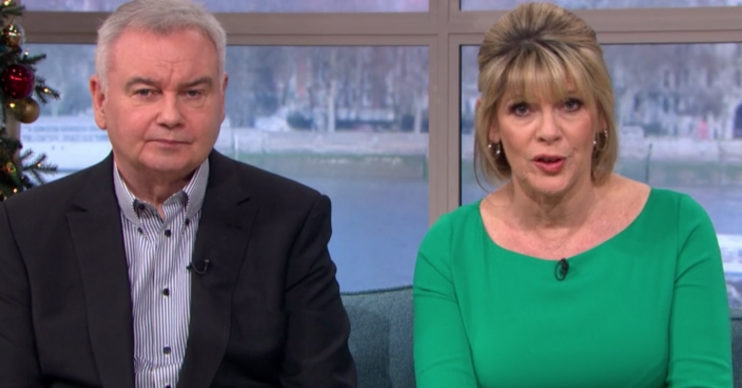 Activist constantly interrupted everyone else as they tried to speak

An animal rights activist really let his side down during an ill-tempered discussion about veganism on This Morning earlier today.

Host Ruth Langsford was compelled to put Joey Armstrong in his place after he constantly interrupted fellow guest game hunter Rachel Carrie and Ruth’s co-presenter Eamonn Holmes, no doubt in the hope the Aussie 31-year-old would calm down.

“Joey, you seem very angry about this,” she intervened during Joey’s display. “It almost seems like you can’t listen to the opposing view.”

Read more: Dancing On Ice’s Ben Hanlin ‘in agony’ after falling face-first onto the ice

The debate had been framed around whether Veganuary – when some people choose to go without animal products for a month at the start of the year – may be damaging the meat industry, following claims that supermarkets sales fallen.

But Joey’s conduct not only failed to convince carnivores watching at home, it also put off those who are open-minded to veganism – as well as those who practice it.

People like him are doing more harm than good for veganism.

“Never watched #ThisMorning before but as a vegan myself the #Veganuary representative needs better communication skills and learn how to debate. Made me embarrassed to be a vegan,” read one damning tweet in reaction to Joey’s strident attitude.

Among his many aggressive interjections, Joey seemed to dismiss Eamonn because the daytime TV host has not recently visited an abattoir.

As Eamonn tried to diffuse the debate, Joey cut in: “Have you been to a slaughter house recently?”

Eamonn replied: “No,” to which Joey said: “Exactly. I have heard pigs scream for their lives. I visited a slaughter house in Manchester.”

Many others at home also felt Joey’s behaviour completely overshadowed his arguments, with several declaring the segment as ‘difficult to watch’.

“Being rude and argumentative like this man was is not the way to get your point across,” wrote one person on social media.

Another person reacted: “That was so uncomfortable to watch he didn’t want to listen to any other point of view.”

A third person tweeted: “What an awful man – uncomfortable viewing.”

“When he talks he expects people to listen but then when others talk tries to butt in,” observed another unimpressed viewer.

And another person concluded: “People like him are doing more harm than good for veganism.”

However, somebody who can’t have been watching claimed: “Joey always puts up a great argument for the animals he spoke well again today and won the argument.”

Are you trying Veganuary this year? #ThisMorning https://t.co/Y1kTGlbQnD