Earlier today, the star was seen dancing around his kitchen – cake mixture in hand – in the first of the four-part series, Anton du Beke's Baking Fails. 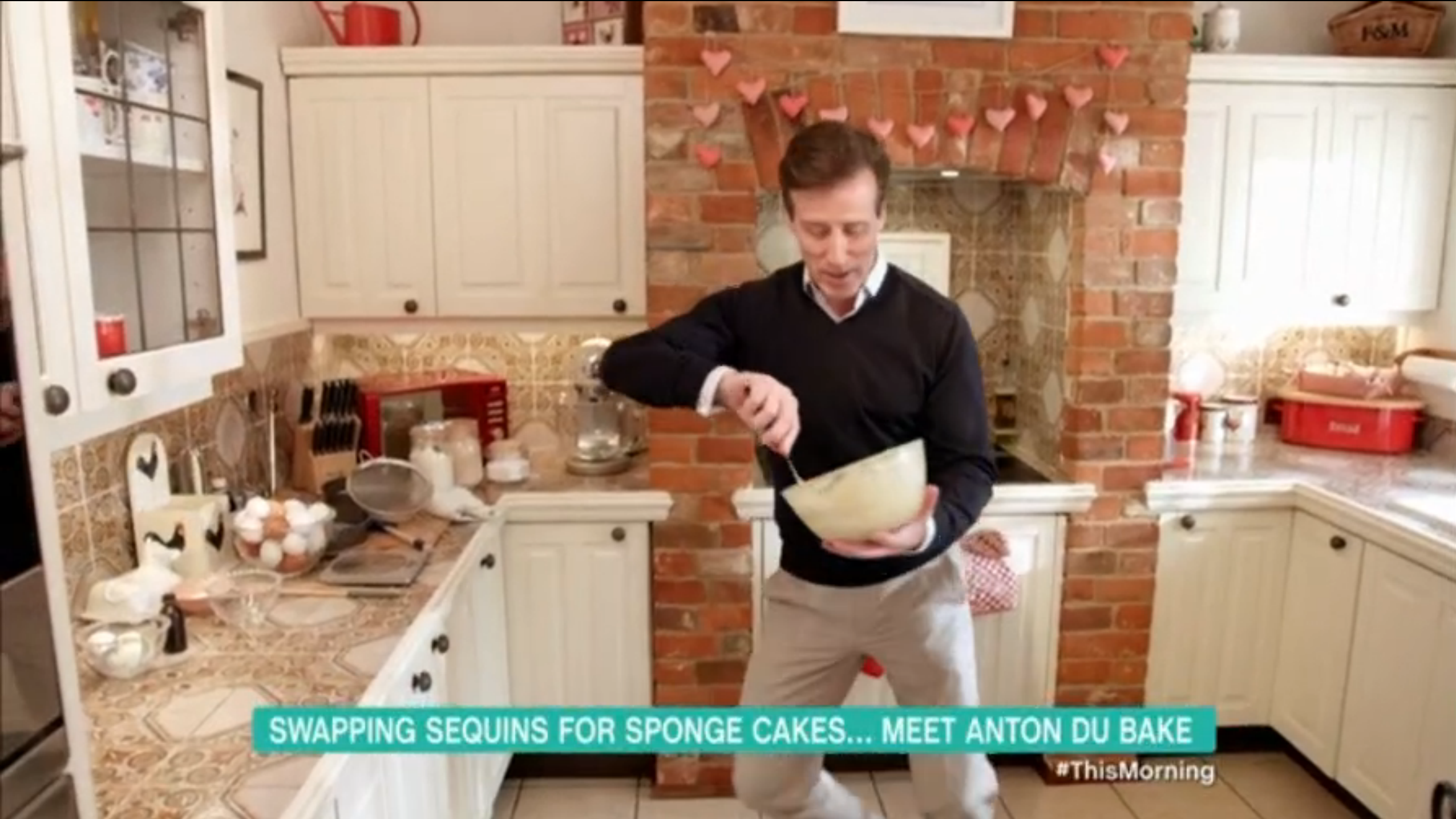 Anton was on screen today presenting his new This Morning baking series, while dancing around his kitchen (Credit: ITV)

And not only did viewers get a chance to see Anton create a delicious-looking Victoria sponge cake, they also got a glimpse of his wife and adorable twins as they enjoyed a slice of his cake.

Saying that the best part of baking was enjoying it afterwards, Anton took his cake outside to his smiling wife, Hannah, and children George and Henrietta, two.

One fan took to Twitter to gush: "#ThisMorning Awwww how adorable are Anton & his family. He always makes me smile.. he's so lovely."

#ThisMorning Awwwwe how adorable are Anton & his family. He always makes me smile.. he's so lovely.😊

I'm sure this could be a winning combination for the show and ITV, and other ideas will be explored.

Another wrote: "How delightful to see @TheAntonDuBeke new segment on #ThisMorning baking with his gorgeous 2 y.o. twins and posh wife!" (Sic)

A third said: "Absolutely adore you, in whatever you do. Beautiful family Anton.. Look forward to seeing more of your hidden talents! #MrdeBake lol."

How delightful to see @TheAntonDuBeke new segment on #ThisMorning baking 🍰🥖🍞with his gorgeous 2 y.o. twins and posh wife!

Absolutely adore you, in whatever you do 🌟 Beautiful family Anton.. 👌 Look forward to seeing more of your hidden talents! # Mr de Bake lol xx ❤️

Speaking about his new TV role, Anton revealed that he is actually a trained baker.

He told the Mirror: "Baking has always been my other love. I'm thrilled to be joining This Morning." 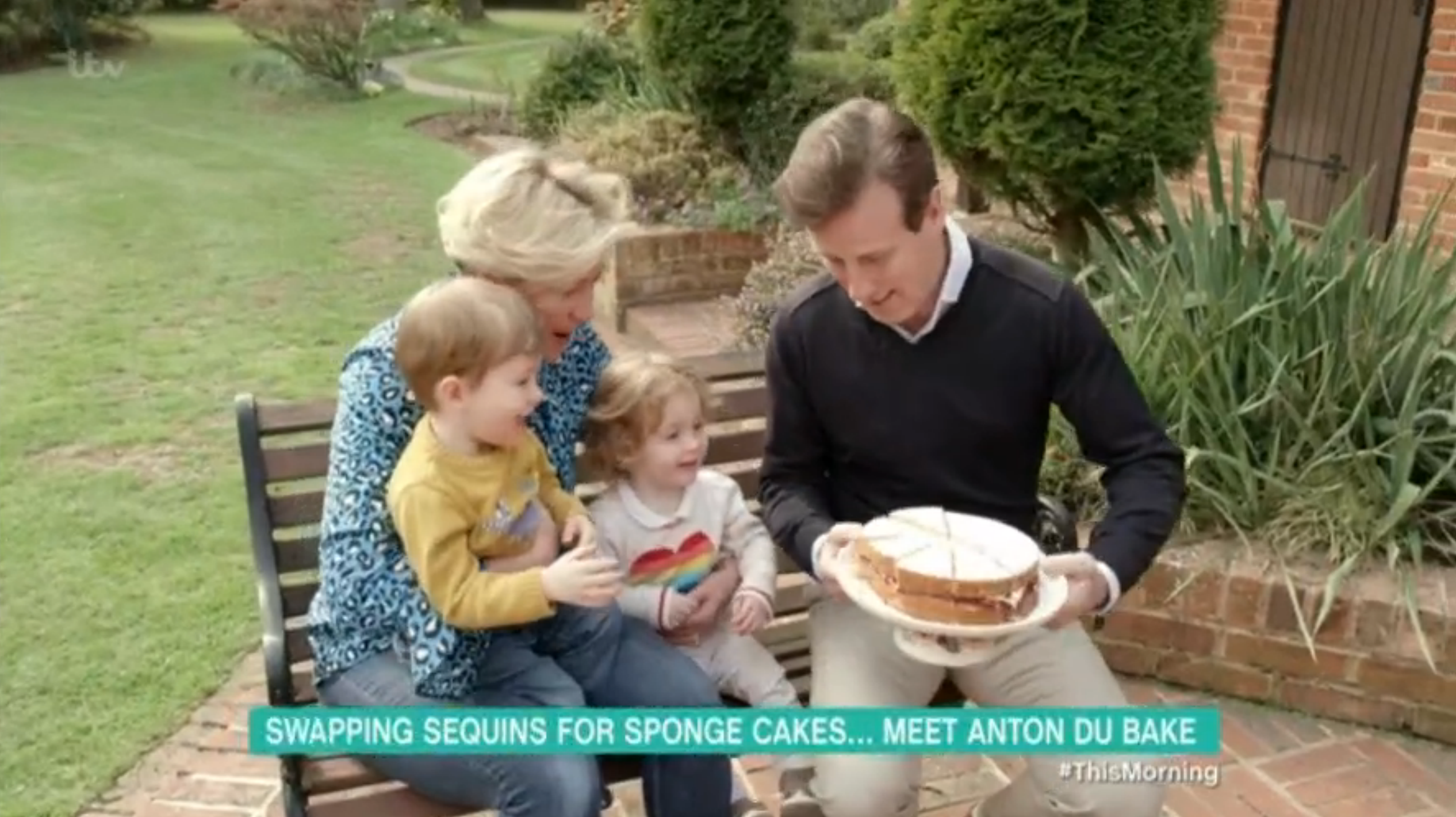 The series will see Anton cooking for Hannah, George and Henrietta, as well as working in a bakery and helping viewers to create a variety of sweet treats.

"With my baking background hat on, I'm looking forward to helping viewers with their baking mishaps," the star revealed, saying he had plenty of "tips and tricks" for anyone struggling in the kitchen.

In a move that sees the dancer flit from BBC to ITV, This Morning editor Martin Frizell told the publication that Anton's baking series could lead to something bigger with the channel.

He said: "Anton is a popular figure for our audience and has a natural endearing presence on screen in this new series. I'm sure this could be a winning combination for the show and ITV, and other ideas will be explored." 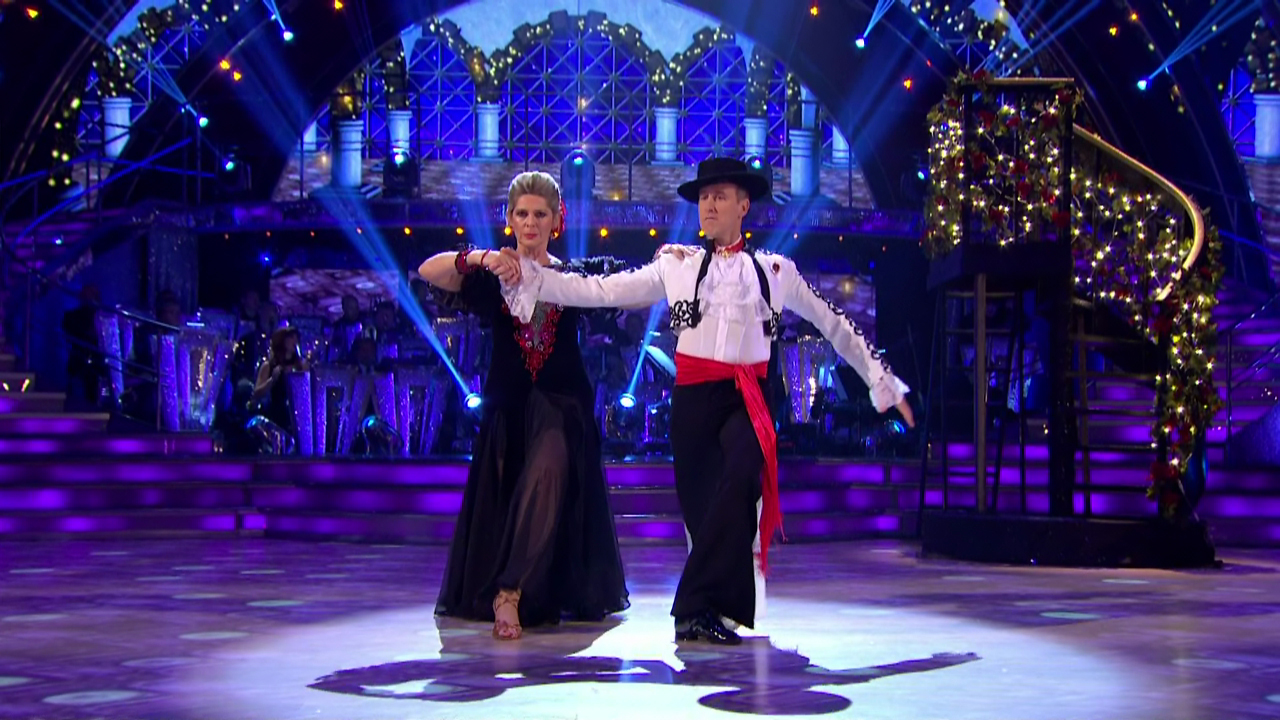 Anton danced with his This Morning pal Ruth Langsford on Strictly (Credit: Wenn)

Anton is set to return to the BBC dance show this September, with many calling for him to replace Dame Darcey Bussell on the judging panel. She announced her departure from the show earlier this year.

Host of Strictly spin-off It Takes Two Zoe Ball has publicly backed Anton as the man to replace Darcey, and said: "I'd really like to see Anton in that role, he'd be amazing."

With an increased presence on screen, it seems like 2019 could be the Strictly favourite's year.

In previous series, the professional dancer has been partnered with Kate Garraway, Ann Widdecombe, Nancy Dell'Olio, Jerry Hall and his This Morning pal Ruth Langsford.

What do you think of Anton's new role as a TV baker? Head over to our Facebook page @EntertainmentDailyFix and let us know!