Viewers of This Morning were left 'cringing' over a mum’s "underwhelmed" reaction to a surprise Valentine’s makeover on today’s show.

Mum-of-one Louise was surprised by hosts, Phillip Schofield and Holly Willoughby, with a unique Valentine’s gift from her husband. 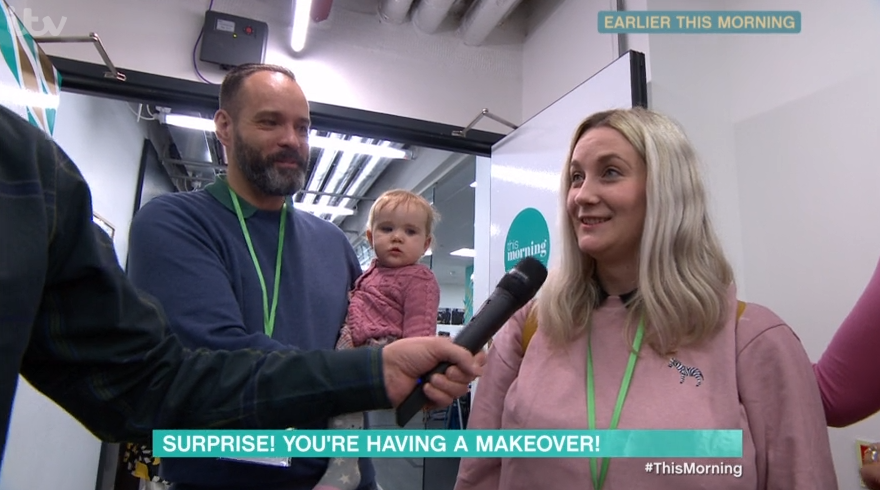 Peter Holmes treated his wife - both police officers - to a behind-the-scenes tour of the This Morning studios, along with their baby daughter, Harper.

But as the trio walked down a corridor, Holly and Phil appeared from their dressing rooms.

Greeting Louise, Phil said: "Hello, good morning, you must be Louise, nice to see you Louise."

Louise groaned slightly and just stared into the camera.

Awkward silence descended so Phil then said hello to Peter and shook his hand. Before turning to baby Harper. 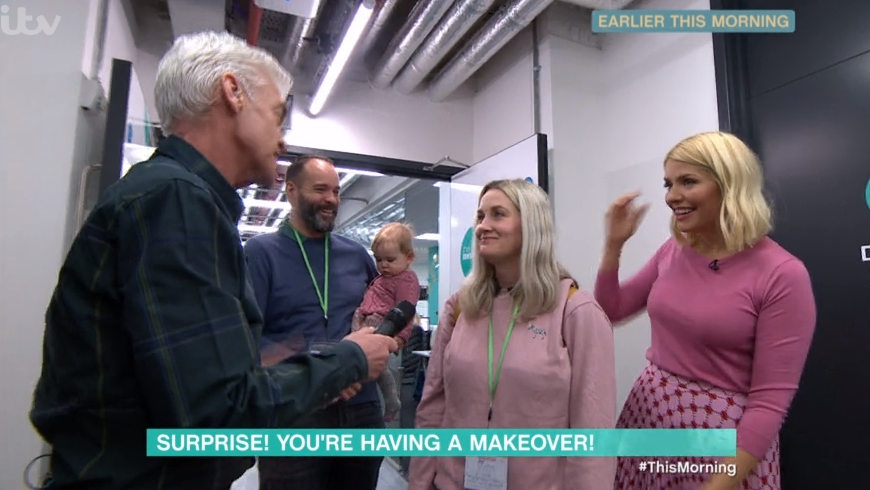 A mortified looking Louise began to shake her head as Holly put her arms around her and told her: "Don’t panic!"

Louise couldn’t help but turn to look at her partner and exclaim: "Peter!"

"He’s set it all up and you’re both going to have a Valentine’s makeover," Phil explained excitedly.

They are both so underwhelmed #ThisMorning

One queried: "Was that woman UNDERWHELMED or what?? #ThisMorning."

Another wrote of the wife: "Expect Louise to paint on a brave smile and absolutely kick the [bleep] out of her husband later for basically calling her ugly, telling her she needs a makeover."

While this viewer said: "He’s gonna get a right going over when they home and her hair looks the same colour as before… it’s just been zzzzzuuud-up." [Sic]

He’s gonna get a right going over when they get home& her hair looks the same colour as B4... it’s just been ZZZUUUDDD-up!! #ThisMorning

"Nothing says I love you like 'God you look absolutely [bleep] you need someone to give you a makeover' #ThisMorning," another  joked. 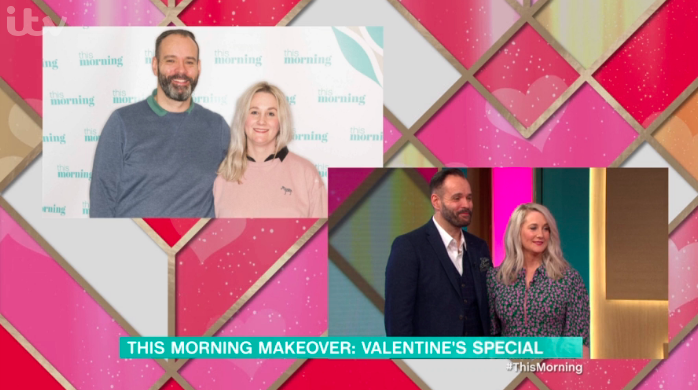 Before and after (Credit: ITV)

Another quipped: "She’ll kick his [bleep] when the camera goes #ThisMorning."

The couple did seem happy with the results in the end. With husband Peter - who had recently lost a whopping 7 stone - saying Louise looked 'beautiful'.