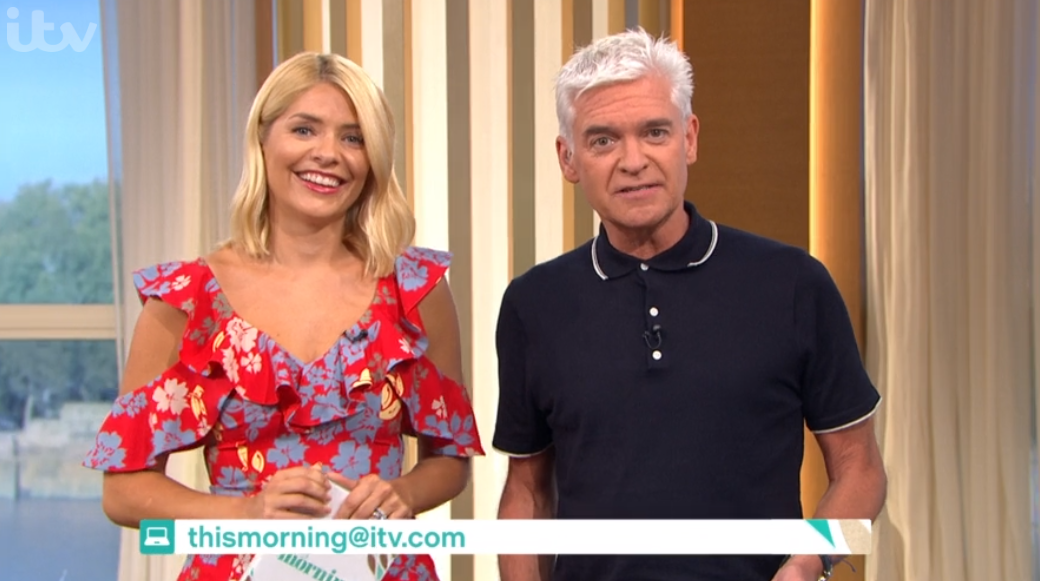 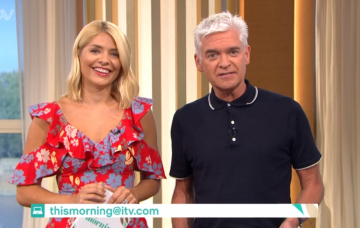 This Morning confirm when Holly Willoughby and Phillip Schofield will return

It’s been a long summer without Holly Willoughby and Phillip Schofield on This Morning, right?

The duo left the daytime show last month to enjoy a six-week summer break with their families and it’s safe to say many viewers have been missing the pair ever since.

But fear not, Holly and Phil will be back on the This Morning sofa on Monday 3 September. (YAY!).

The show’s official Twitter page tweeted on Friday: “It may be the end of summer, but don’t worry, because @schofe and @hollywills are back on Monday to kick off our 30th year of #ThisMorning!”

Fans are thrilled by the news and can’t wait to have Holly and Phil back on their screens.

One person said: “Thank goodness for that. I will start watching again,” while another wrote: “Can’t wait to have @schofe and @hollywills back on our screens MISSED YOUUUUUUU!!!”

But a third viewer said they will miss Ruth Langsford and Eamonn Holmes, who have been filling in for the duo since July, and their “naturally funny banter”.

When Holly and Phil return, the show will be delivering “exciting new content” ahead of its 30th anniversary in October.

And there will be a few big and exciting changes made to the show starting next week.

-From the very start, viewers will notice a newly shot title sequence featuring the pair in and around their new London studio surroundings.

But this isn’t all. This Morning will have not just one dog joining the family this year, but will take on 52 in a bid to rescue and rehome them. Adorable right?!

The mini series will see the pair encourage kids to enjoy cooking and teach them vital life skills.

Also new for This Morning will be a segment featuring resident therapists Nik and Eva Speakman, called Speakmans Go Stateside.

If you can’t guess by the title, the couple will be taking their therapy techniques to America to help treat the locals’ fears and phobias.

Viewers will also see the return of Rylan Clark-Neal and stylist Gok Wan, who have both hosted a few episodes of the show this summer, for a new segment called Gok and Rylan’s Life of Luxury.

The pair said they will be taking a look at a luxury chocolatier, a luxury fragrence house and a luxury florist.

Gok said: “This series really is a pure festival of luxury indulgence! We had such fun doing it.”

Rylan added: “This Morning knew this area was a passion of mine as I’m actually launching a luxury business later this year.

“So this series was great for me to see the full process and see what makes people tick, and what are the extremes that people go to to get the right product.”

There is also another live wedding on the horizon!

This Morning editor, Martin Frizell said: “These new items are just the tip of the iceburg in what we have planned.

“It’s a hugely important milestone for the show and whilst we will reflect on some past memories, the team are working around the clock to develop and deliver plenty of new content for our thirtieth year, and in turn will hopefully create more great memories for viewers.”

Are you looking forward to having Phil and Holly back on This Morning? Leave us a comment on our Facebook page @EntertainmentDailyFix and let us know what you think!