TV chef Gino D'Acampo's appearances on This Morning have become legendary, with the cheeky Italian often leaving viewers in stitches with his comedy antics.

But on today's episode of the daytime show (5.11.19), host Phillip Schofield had to tell Gino off for interrupting his very own cooking segment. 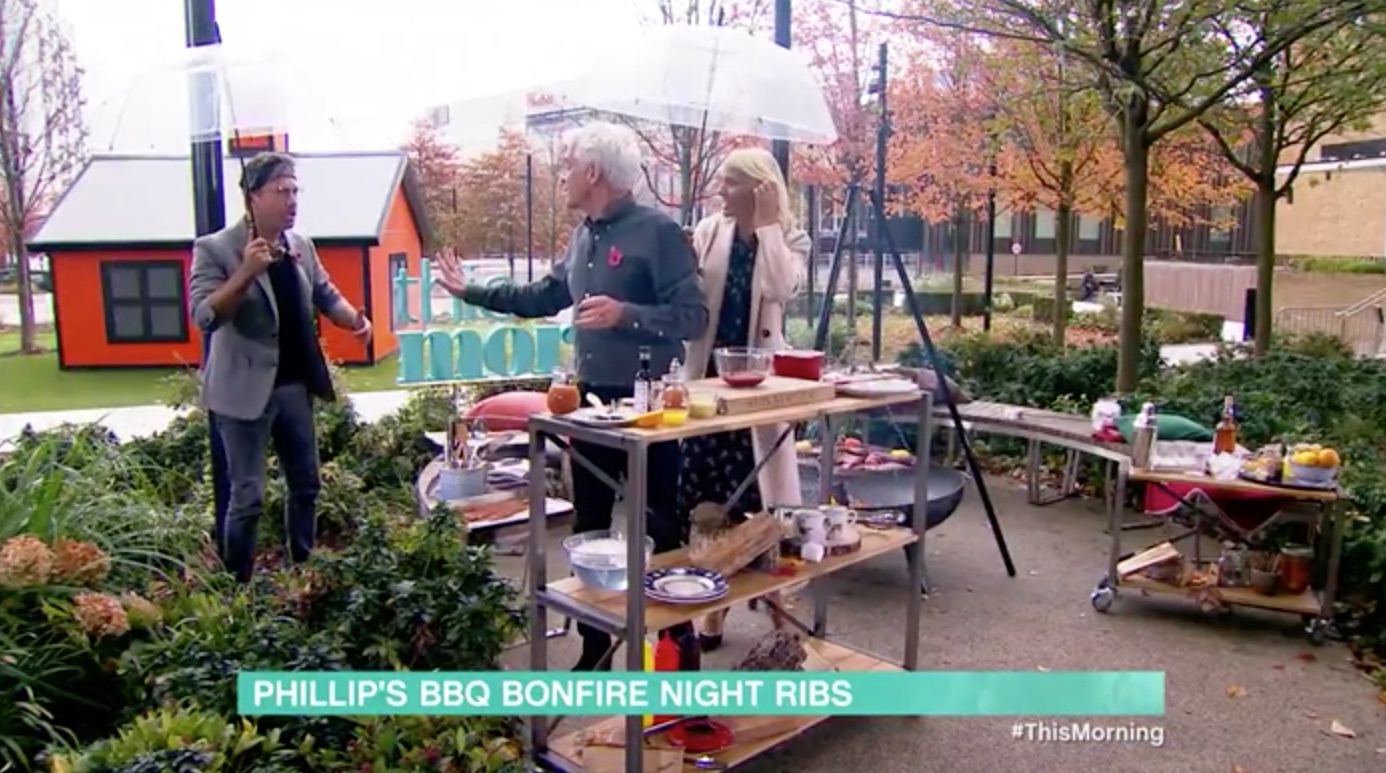 Phil and co-host Holly Willoughby went outside in the rain to cook his famous Bonfire-night pork ribs.

He explained that he's become known for the dish among his celeb pals and they often come round to sample them.

Gino, I'm against the clock so you can sit there but be quiet!

While he was mixing his dry rub and sauce for the ribs, Gino appeared from the side wanting to see what was going on. 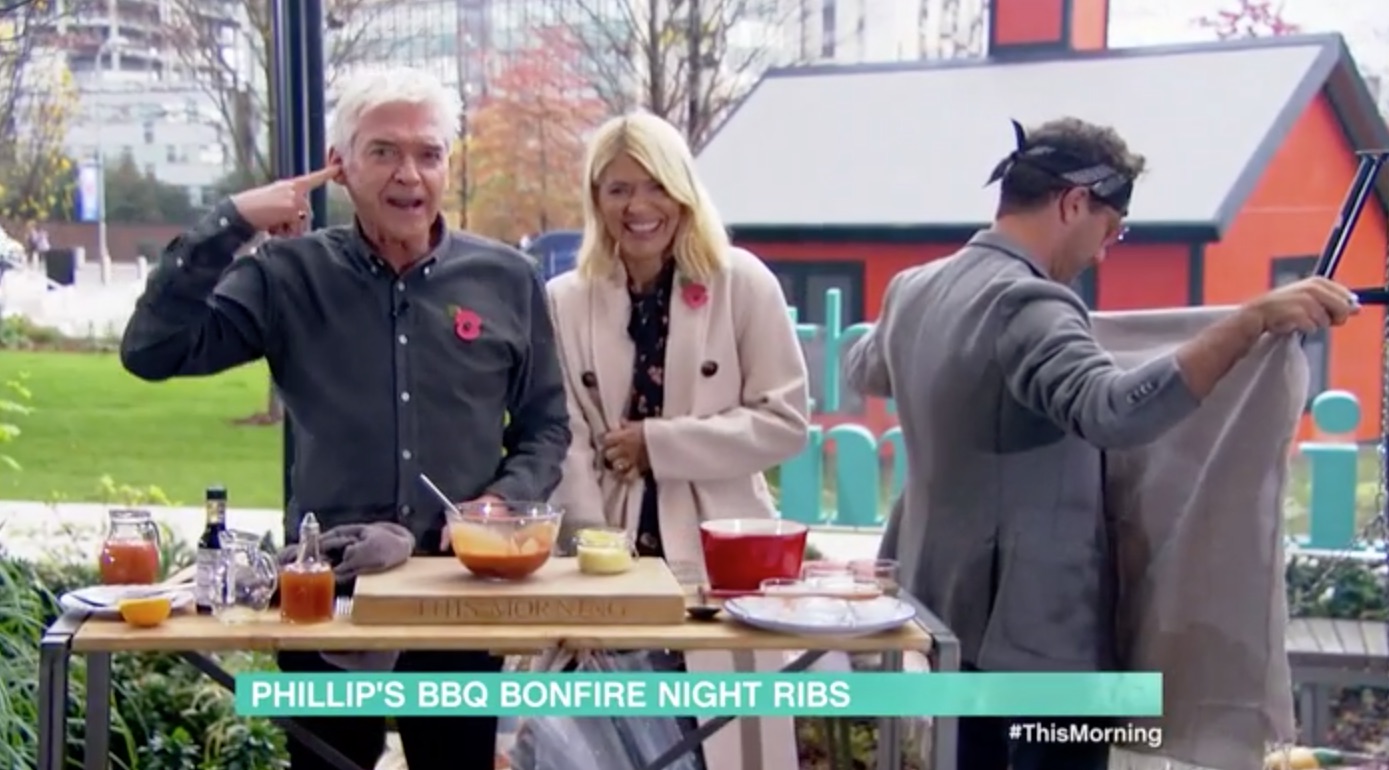 Gino made a nuisance of himself (Credit: ITV)

As Gino began to speak, Phil lifted his hand and said: "Oh my God, Gino, you made me jump!

"Gino, I'm against the clock so you can sit there but be quiet!"

Then, mixing more ingredients, Gino stood to the side to make sure the smoke from the cooker didn't come into shot. 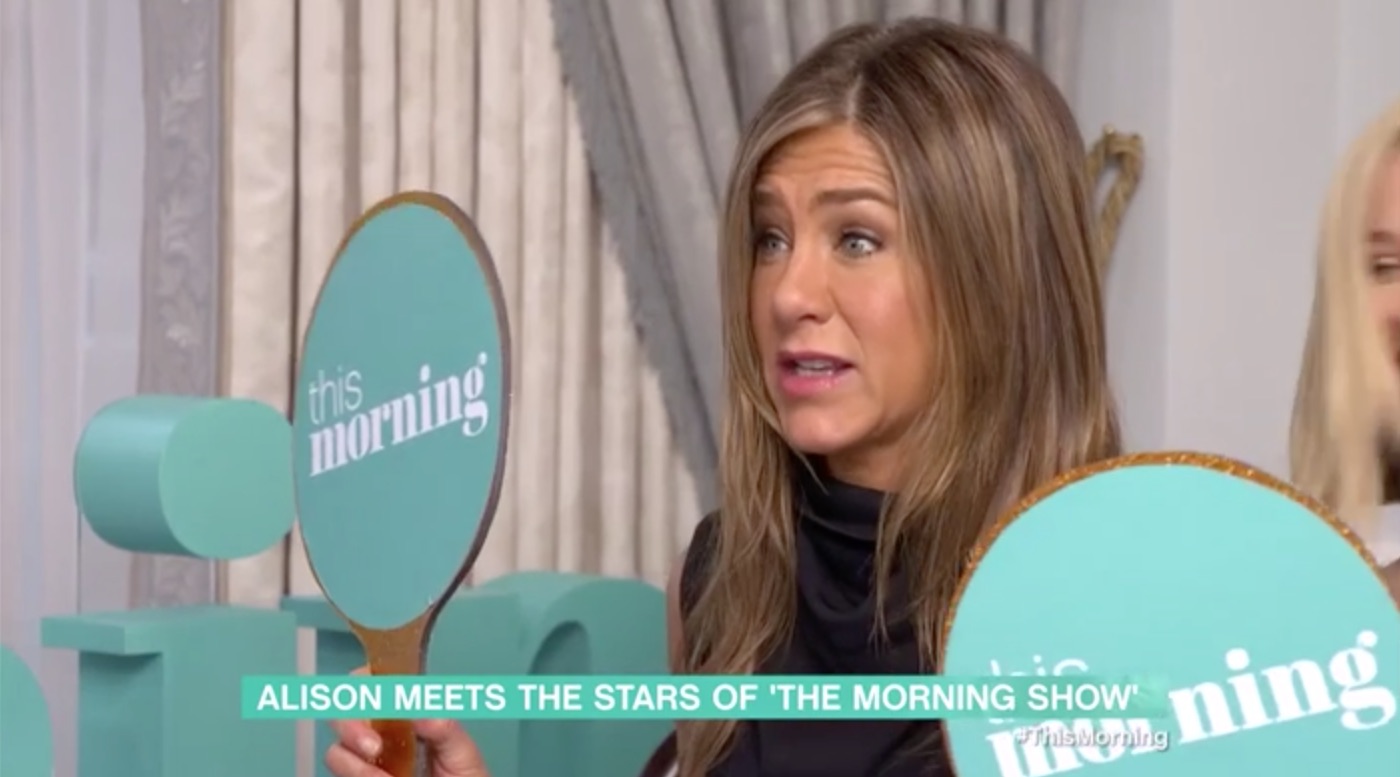 Read more: Gino D'Acampo admits he's not easy to be married to

On yesterday's show, celeb reporter Alison Hammond showed Hollywood A-listers Jennifer Aniston and Reese Witherspoon a video of Gino when he got naked on the show.

The presenter showed the former Friends star, 50, and Oscar-winning Reese, 43, a series of hilarious videos but Jennifer was left open-mouthed at the last clip Alison showed them.

Alison began the question by saying: "We had a chef on our show who actually cooked naked."

"Well I'm now starting to think this is the craziest show ever," Reese laughed.

A baffled Jennifer added: "Well anything is possible."