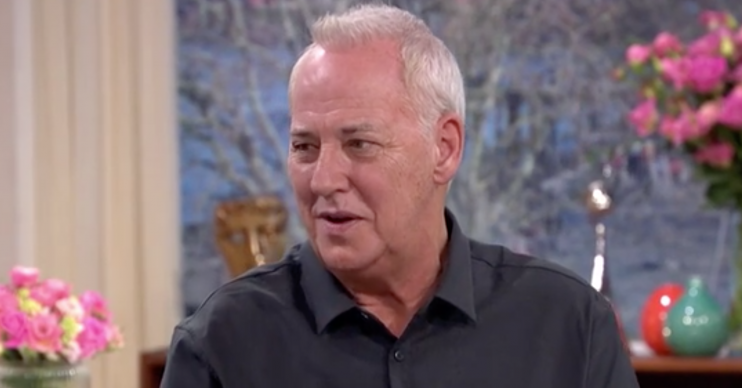 Michael Barrymore has admitted he would be keen on being back on TV again on a regular basis after pulling out of Dancing On Ice.

Speaking about the possibility of taking to the ice in future, he said during an appearance on This Morning earlier today: “It’s like getting back on a bike, you’ve gotta get rid of the fear you’ve just fallen off.

“I absolutely [would], it was such an amazing experience.”

The 67-year-old added: “That was the hardest show I’ve ever done, and possibly, to date, the most enjoyable – and I’ve done some stuff I’ve been very proud of.

“I was fitter and everything!”

You should come and do something for us.

Hosts Phillip Schofield and Holly Willoughby, who also front DOI, seemed disappointed by the the former Celebrity Big Brother contestant’s withdrawal from the skating contest – and seemed to indicate he could be the right person for a gig on This Morning.

“I feel like we’ve been cheated,” Holly reflected on Michael having to drop out of DOI.

A touched Michael replied: “You both said you were broken-hearted [for me] last night and it seemed really genuine. So thank you for that.”

Phil responded: “As I said last night, the door is always open.”

The 57-year-old presenter went on to suggest: “You should come and do something for us [This Morning].”

Michael indicated he would “love” to talk about mental health – and Phillip seemed eager to make it happen.

“I think everyone should have a mental [health] mate,” Michael explained.

“You can just ring them straight away and they will listen.”

‘It’s like getting back on a bike – you’ve got to get rid of the fear’ ⛸@MrBarrymore says he’d like to give @dancingonice another go! pic.twitter.com/okqUd4KcGM

Could this be the start of a new job on TV for the light entertainment veteran?

Viewers loved the idea of having Michael back on their screens.

One supporter wrote on Twitter: “I hope he makes a come back with a great show.”

And another social media user agreed: “Get him back on the telly! He’s paid the price and keeps paying for it!”